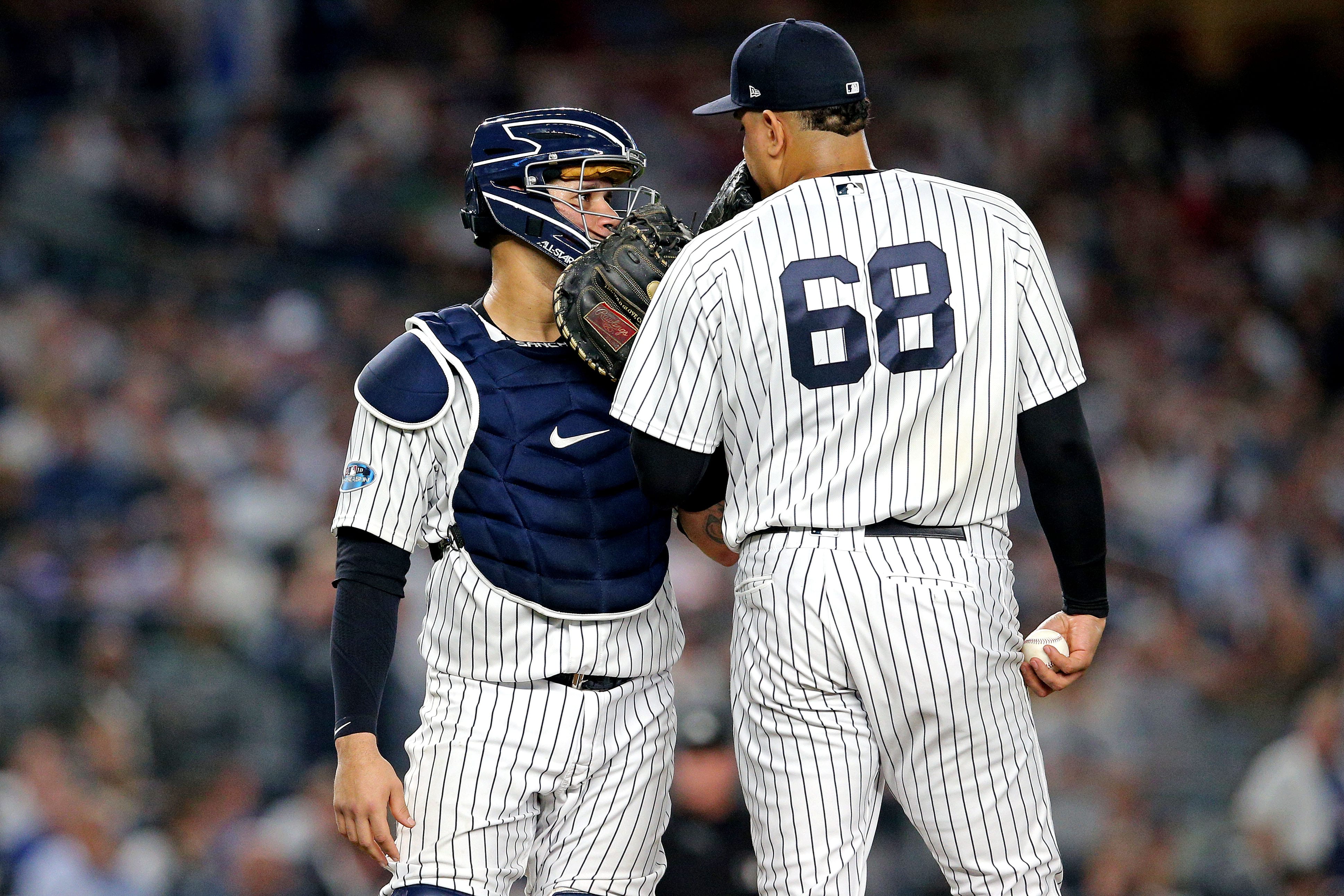 The Yankees have shown little interest this offseason in bringing back three free-agent players. Dellin Betances, who tore his Achilles late last season after working his way back from numerous ailments, Didi Gregorius, who’s qualifying offer was rejected by the Yankees and is thought to be too expensive, and backup catcher Austine Romine, all sit available in free agency.

The Philadelphia Phillies have been connected to all three, as stealing some of the Yankees’ mojo and locker-room atmosphere might do them some good. According to the NY Post, there has been continuous interest in the three Yankee players mentioned above, and they all may end up featuring on the same team once again.

The Yankees could fight their way into the mix for Betances:

On his contract year, Betances going down with a significant injury made earning a multi-year deal almost impossible. He will likely receive a one-year, “prove it” deal to ensure he can still pitch with quality. The righty arm was an All-Star from 2014-17, which should be taken into consideration. If he remained healthy last season, there’s no question Betances would be the top option on the market.

However, the Yankees would be foolish not to offer him a low-ball deal to try and retain his skill-set. Dellin would potentially forfeit playing for a World Series-caliber team in search of more money on a kicker contract anyway, so remaining with a familiar club might be in his best interest.

General manager Brian Cashman could offer him a one-year, $10 million deal to retain his services, which could come in handy next season if he returns to full health.

Gregorius, on the other hand, is the best shortstop free agent on the market, which drives his price-tag up significantly. The Yankees have Gleyber Torres, their future at the position, ready to take over if they feel comfortable with his defense. Unloading that type of money for a shortstop coming off Tommy John surgery and failed to hit over .250 last season is unadvisable.

Romine, who was a capable backup behind Gary Sanchez, is considered expendable. The Yankees like Kyle Higashioka, so we should expect him to be slotted in at the backup spot for the foreseeable future.