Yankees preparing for the return of Harrison Bader on Tuesday 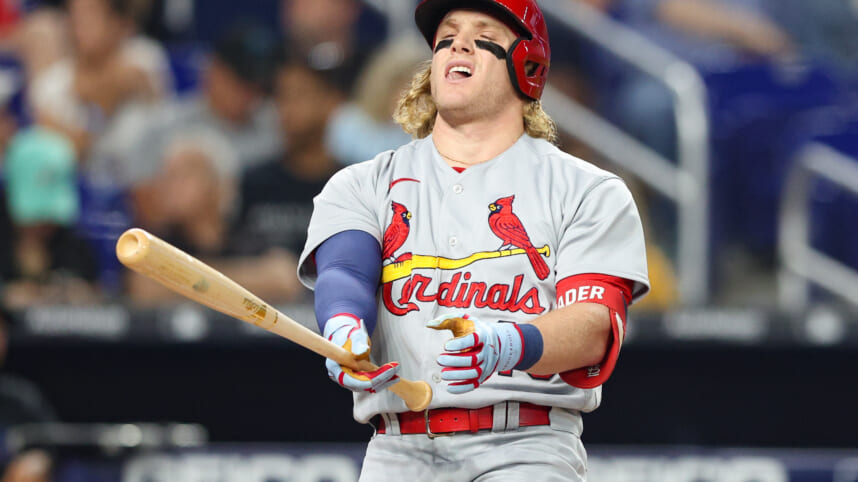 The New York Yankees are gearing up for reinforcements in both the bullpen, starting pitching rotation and individual position spots. The latest update regarding trade acquisition Harrison Bader is a good one, indicating he’s expected to return on Tuesday against the Pittsburgh Pirates.

With the Yankees heading back to the Bronx, this is a perfect opportunity for Bader to return from his rehab assignment with Somerset and feature with the big league squad. The former St. Louis Cardinal last appeared on June 26 against the Chicago Cubs.

Manager Aaron Boone is confident but not providing a guarantee that he will make an appearance. Nonetheless, even if it’s not Tuesday, he is nearing a comeback.

“I don’t want to say definitely, but that’s the way it’s looking,” manager Aaron Boone said. “If he gets through (Sunday), he will likely be in there Tuesday.”

Per Kristie Ackert of the NY Daily News

How the Yankees will slot Harrison Bader into the outfield:

The Yankees will have to make room in the outfield for Bader, who is expected to fill the centerfield spot, pushing Aaron Judge to right field. If this is the sequence of events Boone wants to follow, the Yankees could transition Oswaldo Cabrera to left field, where he took a few reps before Sunday’s game against the Milwaukee Brewers.

After all, general manager Brian Cashman did acquire Bader for his elite-level centerfield defense, but he also contributes positively in other ways.

Bader has several select tools, which the Yankees can utilize with the regular season winding down. They have 16 games left, with three of their final five series against divisional opponents. Bader can offer value in multiple areas, providing solid stats with runners in scoring position and turning singles into doubles. One-third of Bader’s singles, he’s stolen second base. He’s also hit .250 with a 30.6% on-base rate, including two homers and 15 RBIs with RISP.

Bader loves to pull the ball to LF with his power, hitting 16 homers last year for the Cardinals. He certainly has a bit of underrated slugging quality, but hasn’t displayed it this season. He features a 4% barrel rate and 26.5% hard-hit rate, down substantially from last year. His exit velocity hovers around 83.5 mph, down nearly 3 mph compared to 2021.

If he can begin hitting strikes hard once again, the Yankees’ mantra, they might be able to extract even more value than expected the rest of the way.