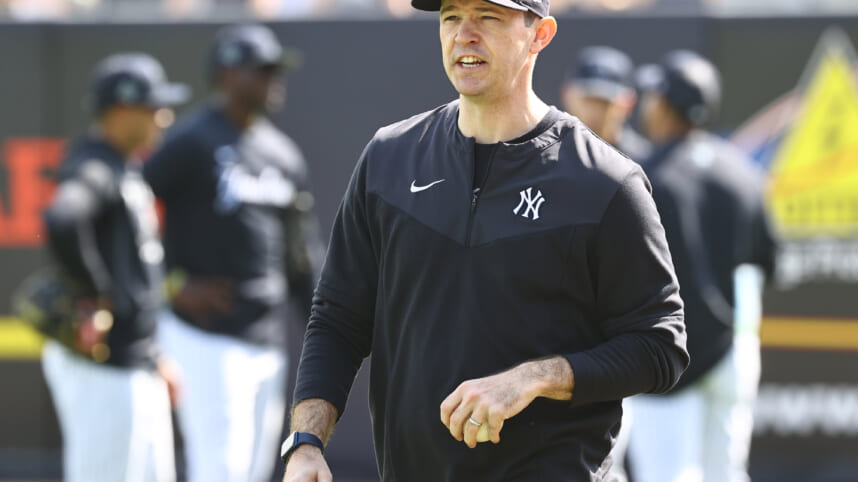 The jury is still out on New York Yankees general manager Brian Cashman trading away starting pitcher Jordan Montgomery with just moments left at the deadline. Montgomery served as one of the Yankees’ more reliable starters this year, featuring a 3.69 ERA over 114.2 innings before moving to St. Louis.

However, Montgomery isn’t going down without taking a few shots are the Yankees post-trade, indicating they failed to utilize his 4-seam fastball, a pitch he believes is far better than the confidence they showed in it.

Ever since the deal that sent him to the Cardinals, he’s seen a massive increase in 4-seam fastball usage, throwing it 31.4% of the time in August and 35.9% of the time to start September. Opposing batters hit .132 against it in August and .227 this month. However, with the Yankees back in July, he threw it at 4.8%, which was consistent since the start of the 2022 season.

“I didn’t really have much faith in my heater at the Yankees. I had been told that it wasn’t that good compared to my other pitches and if I was gonna get hit, it was gonna be on a curveball or changeup, which isn’t how you can pitch.”

Montgomery’s comments made their way to pitching coach Matt Blake, who shot a few facts back his way, clearly insisting that his 4-seam fastball is not his best pitch by any means.

“We’re gonna tell you to throw the pitches that are having the most success most of the time,’’ Blake said. “There’s also a component of, ‘I’ll show them.’ He’s disappointed with how things ended here.”

Blake believes that Montgomery is simply upset about how things ended with the Yankees, which is justifiable. Montgomery did not expect to be moved with a year left on his deal, especially with his girlfriend attending medical school in New York.

Cashman viewed an elite defensive outfielder more than a healthy starting pitcher who’s been reliable for the Yankees the past few seasons.

Their acquisition, Harrison Bader, joined the team wearing a boot to treat plantar fasciitis. Bader still hasn’t made a return but is ramping up his rehab assignments with Somerset, indicating he could finally join the Yankees in a few days.

Matt Blake is confident that Montgomery’s fastball is his worst pitch:

“I don’t think we would change anything about how we used [Montgomery],’’ Blake said. “There’s definitely something to him being convicted to his plan and trusting the four-seamer when he throws it. But if you look at his pitches overall objectively, it’s the least of his pitches. That’s why it’s hard to validate that’s the pitch he should throw more often.”

Until we get a sense of the production and value Bader will offer the Yankees down the stretch, it’s impossible to properly compare the trades. However, at this point in time, St. Louis is undoubtedly getting more value out of Montgomery.