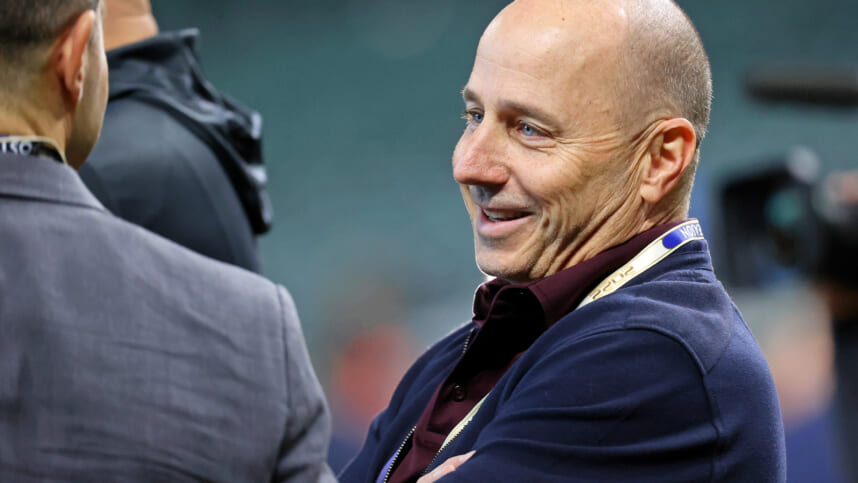 The New York Yankees still have a pressing decision regarding general manager Brian Cashman and his potential contract extension. Owner Hal Steinbrenner still hasn’t had the appropriate conversations with Cashman, as indicated this past week during an interview with YES Network.

Having failed to reach a World Series appearance for more than a decade despite ample financial resources at his disposal, Cashman continues to flounder opportunities. He has a chance to retain Aaron Judge and bolster the team significantly, once again on the dollar of Steinbrenner, but his decision-making with big names has been suspect at best.

Notably, the acquisition of Jacoby Ellsbury stands out the most, and even Giancarlo Stanton hasn’t lived up to expectations, despite the talent he holds. That’s not even to mention the complete duds of Josh Donaldson and Aaron Hicks. Injuries have been a significant issue for the Bombers, relying on bodybuilders to hit significant home runs as a primary strategy.

The Yankees have had success in perspective under Brian Cashman:

However, that is not to say Cashman hasn’t done many things the right way, specifically connecting with the community in New York and finding plenty of hidden gems like clay Holmes, José Treviño, and even Matt Carpenter. If he can combine his ability to find secret weapons and sign productive big-name free agents, the Yankees would be an unstoppable force, but unfortunately, those things haven’t been able to merge successfully.

Steinbrenner did have a bold perspective on the future of Cashman, indicating he’s one of the better GMs in the game but refused to say he would be back moving forward.

“Cashman is one of the better GMs in the league… I am not saying we are going to have a change there, but we do not have an agreement at this point.”

Considering the Houston Astros just fired their own GM, James Click, the Yankees could once again look to steal a key piece of their World Series winning efforts.

At the end of the day, Cashman may be good at his job in the sense that he has unlimited money to spend egregiously across the board, but his inability to adapt and conquer a better Houston organization has put his failures on display. Making a playoff appearance every year is impressive, but with his salary flexibility and an elite farm system, it would be embarrassing if they didn’t. Luckily for Cashman, he had Judge to fuel the team’s offense during the second half of the 2022 season.