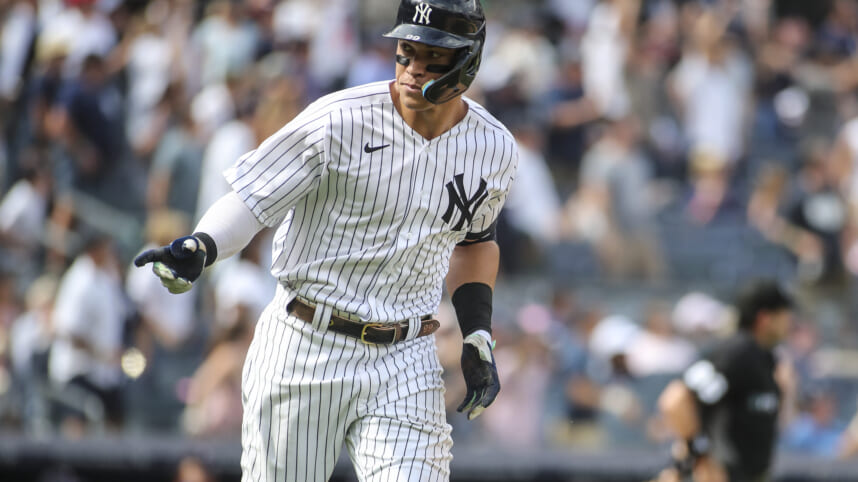 The very moment free agency opens up for Major League Baseball, Yankees superstar slugger Aaron Judge will immediately get into the mix. Obviously, Judge has warranted a massive contract extension, whether it comes from the Yankees or an alternative club looking to secure his services over the next 7+ years.

It seems as if the Yankees have been waiting for this moment and are preparing a sizable offer for Judge, but other teams have money to spend and may be willing to increase their bid just a bit more than the Bombers. One low-key team that is ready to pounce is the Texas Rangers, who failed to make a significant impression after signing several big-name free agents last off-season.

Per The Athletic, the Texas Rangers are gearing up for a potential run at Aaron Judge.

There would be less expensive bats if the Rangers were to go this route, though you get what you pay for and none of those alternatives would rival Judge’s potential impact. At the moment, according to Roster Resource, the club’s 2023 payroll level would give the Rangers plenty of leeway to spend while remaining beneath the luxury-tax threshold. And ownership has stated publicly an intent to bump up payroll. The key takeaway is that the Rangers are well positioned to spend should they choose to do so.

The Yankees have their fair share of competition for Aaron Judge:

The Rangers notably need better starting pitching, so they could allocate funds toward Jacob deGrom. However, if they strike out on that end, they could double down on their offensive prowess, and Judge easily fits the bill with his value, carrying the Yankees’ offense at times during the 2022 season.

Even if Judge has 45+ homers next year and gets on base at a 40% clip, he will be worth every penny. He doesn’t go through many cold streaks, aside from his playoff woes against the Guardians and Houston Astros. He’s a fantastic regular-season player when healthy, and having played in 148 games or more in his last two professional seasons, he’s completely left any negative health narrative behind him.

Of course, there are many other teams that may indulge in the Judge sweepstakes, notably the Los Angeles Dodgers, San Francisco Giants, and even the New York Mets may get involved. The Yankees will have to fend off fierce competition, so they may want to come to an agreement sooner rather than later.