Yankees: One Brian Cashman trade that will ‘haunt’ the team for years to come 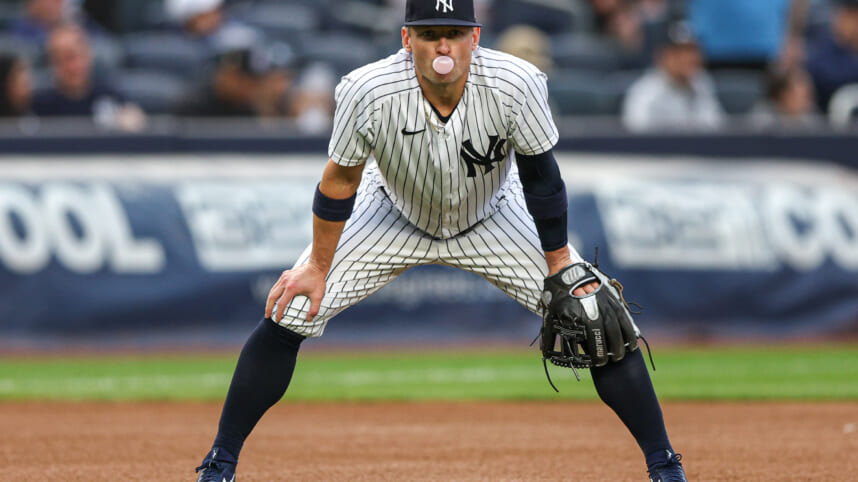 New York Yankees general manager Brian Cashman took a big gamble trading with the Minnesota Twins before the 2022 season began. Walking the wire with a $50 million Josh Donaldson over two years was always a tremendous risk and one that looks like a huge stain on the season and in the future.

Donaldson hit .222 with a 30.8% on-base rate, 15 homers, and 62 RBIs during the regular season, well below his previous MVP-caliber season five years ago. With his on-base rate plummeting and slugging prowess taking a nosedive, Donaldson‘s main piece of value was his defensive contributions.

The Yankees tried to take a shortcut at shortstop:

The only reason Cashman decided to take on the remaining money for Donaldson was to acquire Isiah Kiner-Falefa as a stopgap at shortstop. Unfortunately, IKF struggled considerably and didn’t provide enough slugging to boost the Yankees’ offense. In fact, being benched during the playoffs is exactly what Cashman didn’t want to happen on top of the $50 million he added to the books. Cashman’s pride stood in the way of Boone effectively making Oswald Peraza the full-time shortstop weeks ago.

The problem is, the Yankees now have one year, $25 million left with Donaldson’s deal. IKF doesn’t even project as the starting shortstop for the 2023 season, which is why Yankees announcer Michael Kay believes that this trade will “haunt” the team for years to come.

“That is going to go down as one of the worst trades that [Brian] Cashman’s ever made because you accepted $50 million in Josh Donaldson’s contract,” Kay said on his radio show Monday. “That deal is going to haunt them for a long time, a long time.”

With the Yankees staring down the barrel of Aaron Judge’s monster contract, unloading Donaldson and his $25 million is a necessity. At the very least, they might be able to convince a team to take on a portion of his contract, paying the rest for the 2023 season.

Ideally, Cashman will put a roster together that finally commits to the team’s youth, given Hal Steinbrenner retains the general manager. Peraza is ready to take on a starting role, and Oswaldo Cabrera proved his worth during the final stretch of the regular season. The expectation is that Anthony Volpe will be ready at some point next year, which could move some pieces around the infield.

With that being said, Donaldson’s services aren’t needed, especially after causing a few outlandish situations. Ranging from racist remarks to pimping fly-balls that never left the park, his entertainment comes more in the form of drama than actual production.