Yankees News/Rumors: Yankee fans get a shot in the arm, golden opportunities, and more 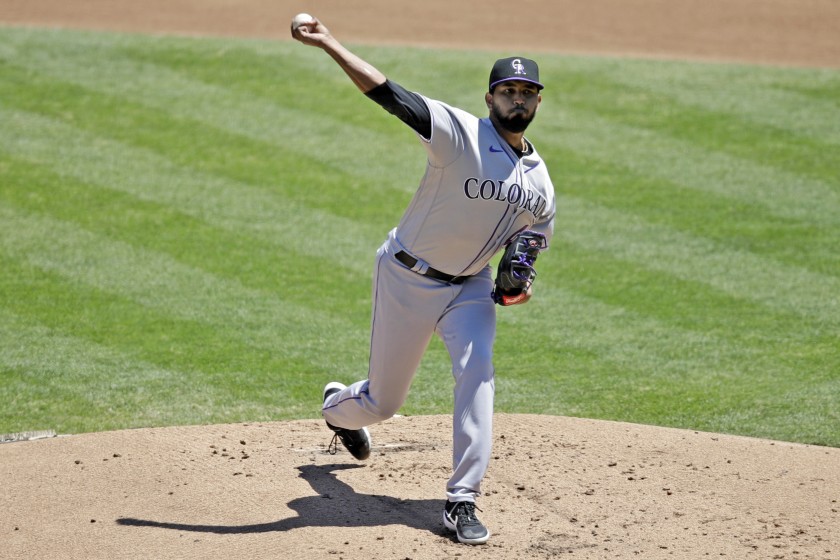 For the first time since the 2019 season, New York Yankees fans and other Bronx, New York residents were allowed in The Great Hall of Yankee Stadium. The Great Hall in the new stadium can hold events for up to 1,500 guests for Cocktail parties, dinners, food drives, Christmas toys for kids,Â  and concerts on a non-game day. This expansive hall is lined with larger-than-life banners of Yankees legends and beautiful vaulted arches that illuminate the hall with natural light. Now the Yankees have a special use, an inoculation site to administer the Covid vaccine.

The Stadium was opened as a mass vaccination site Friday by officials trying to boost inoculation rates in surrounding Bronx neighborhoods hit hard by the pandemic. Of the five boroughs of New York City, the Bronx has the highest infection rate. The population of the Bronx neighborhoods that surround Yankee stadium is just under 1.4 million residents. The Great Hall will see 13.00 to 15,000 vaccinations each week.

It will initially be open seven days a week, 8 a.m. to 8 p.m. Officials encouraging people to get vaccinated. The Yankees and officials enlisted former Yankees star relief pitcher Mariano Rivera to help. The Hall of Famer said he wanted to support the people who supported him for so many years. He said, “we saved so many games here, now it’s about saving lives.”

Yankees dump Ottavino, Rockies dump Arenado, what it might mean to the Yankees

Last week, the New York Yankees did what no one thought they could do, they moved Adam Ottavino off the payroll mostly to save near $9 million and open up some dollars to improve the team. In a much bigger move, the Colorado Rockies accomplished something of their own that few thought was possible, they moved Nolan Arenado’s $200 million off their payroll.

The two moves could be for different reasons; the Yankees managed to move Ottavino to aÂ  team the Yankees seldom deal with, the Boston Red Sox. It was seen as a way to free up some money to improve the team. The Colorado Rockies deal with the St. Louis Cardinals might signal a teardown and a rebuild for the team; if that is the case, it could open up some golden opportunities for the Yankees.

If, in fact, a rebuild is the plan for the Rockies, Trevor Story, and GermÃ¡n MÃ¡rquez could be the next to go. That would open up some great trade possibilities for the Yankees. The Yankees don’t have the money to buy either player, but they do have some and several prospects they could dangle in front of the Rockies.Â  Story is a veteran shortstop that hit seven home runs and two triples, and he slugged .864 over the first 10 games of his career. He had an OPS of 1.183. The then-23-year-old hit six home runs over his first four games alone. Story will hit free agency in 2022.

German Marquez could be the big prize for the Yankees if a trade could be completed. There are two huge upsides for the Yankees; he is as good if not better than Jameson Taillon and would fight him for the number three spot in the rotation; if the Yankees can get him, it would give the Bombers a rotation next to none. The other plus is that the Yankees would have control over him through 2024. This would be a costly trade for the Yanks but well worth it if the Rockies are looking to move more payroll.

According to a report by Bleacher Report in January, they rated the New York Yankees as having the 23rd best farm system in baseball, which was a drop from 21st in 2020. MLB.com has the Yankees a 19th up three spots from 2020. But both reports indicate the Yankees have the most upside out of the top ten teams.

Now FanGraphs has released their list of the New York Yankees top 47 prospects in the farm system. It should be no surprise that Jasson Dominguez is number one. The 18-year-old centerfielder, according to the report, will not be ready for the majors until 2025. 2nd is Deivi Garcia, who has already made his Major League debut last season; he is slated to take a bigger part this season. 3rd is Oswald Peraza; the shortstop should be ready next season. 4th is Clark Schmidt, who is Major League ready. 5th is Alexander Vargas, another shortstop. 6th is pitcher Luis Medina who could make his debut this season.

Others that are, according to the report, Major League-ready are pitcher Alexander Vizcaino, pitcher Albert Abreu, Brooks Kriske, and Alfredo Garcia.