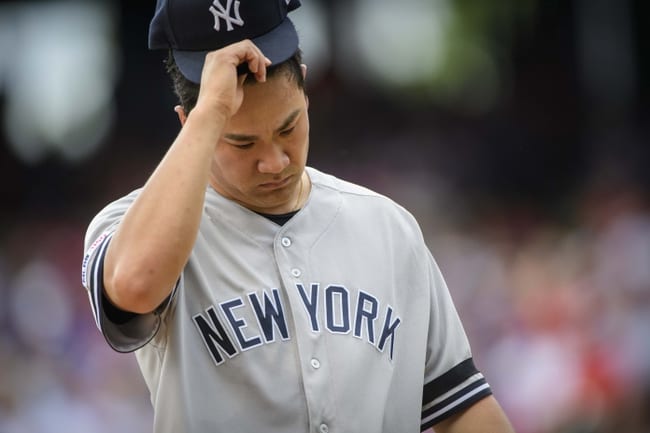 The New York Yankees made their initial move toward the retention of star infielder DJ LeMahieu, presenting him with a qualifying offer for 2021, which would amount to $18.9 million. Essentially, the qualifying offer makes an alternative team signing him more difficult, as they would have to give up a draft selection next year to the Yankees if he rejects the offer and signs elsewhere.

However, DJ could theoretically decline the qualifying offer and sign an extension with the Yankees worth more per year. General manager Brian Cashman has multiple decisions to make with three starting pitchers hitting free agency and relief arm Tommy Kahnle electing to opt-out of his contract for next season. Replacing them won’t be easy, but there are a number of free agents that will fit the bill.

HOT ARTICLE: What does the qualifying offer to DJ LeMahieu mean?

The Yankees’ biggest issue heading into FA is their lack of financial flexibility. Having lost the most revenue of any team due to COVID-19, chasing the “white whale” targets will likely not be the case — the market will be slow to develop this year as teams assess the damage and begin to plan for the 2021 season.

However, as stated before, Cashman is going to have to sign a few players to replace their departing pitchers. Some believed that the Yanks could retain Masahiro Tanaka on a short extension, which is theoretically still possible, but not giving him a qualifying offer is telling of the pairing’s future. Tanaka earned $23 million in 2020, and if the Yankees presented him with an offer, it would be brought his cap hit down about $4 million, but it seems like don’t feel he’s worth that number any longer.

How much should/would the Yankees offer Tanaka on an extension?

A realistic extension might pay him $12 million per season, similar to what lefty specialty James Paxton was earning last year prior to his injury. However, I believe that Cashman will likely look for new blood, as Tanaka has had consistency issues in recent years.Â  While his fastball actually saw an increase in velocity by an entire MPH compared to 2019 (91.7 –>92.7), his line-drive percentage spiked by nearly 10%, and ground ball percentage was the lowest of any year during his MLB career. While the shortened MLB season presents a different sample size, these results are certainly worth exploring.

Given these reasons, the Bombers might be inclined to test some different options on the market — one’s with solid ground-ball rates and who don’t give up a ton of homers to right field (short right Yankee porch).