Yankees extend qualifying offer to DJ LeMahieu, what does this mean? 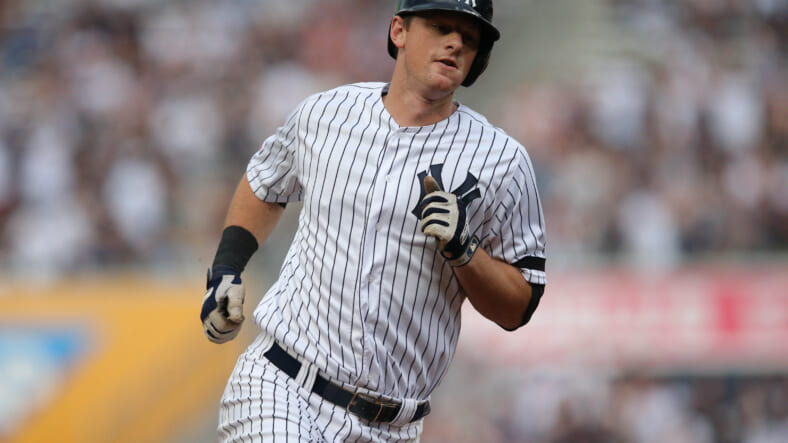 It is clear the New York Yankees want star infielder DJ LeMahieu back on their team in 2021, which is why they extended a qualifying offer to him on Sunday evening.

Yankees extend qualifying offer to DJ LeMahieu, doubt he will accept it — extension is hopeful!

The qualifying offer to DJ Â is worth $18.9 million on a one-year deal, but the expectation is that he wonâ€™t sign it and pursue a lengthy extension with the Yankees or an alternative team. Considering how well he has played over the past two years, LeMahieu can likely earn more in free agency, but other factors are included in a qualifying offer.

By definition, a club is able to offer a one-year contract, which is worth a mean salary of MLBâ€™s 125 highest-paid players. The player that is hit with this offer cannot have received it previously in his career and has to have spent the entire previous season on the team’s roster. In-season acquisitions are ineligible.

In addition, a team that signs a player who rejects the qualifying offer is subject to the loss of one or more draft picks. So, in this scenario, if LeMahieu declines the offer and signs with a new team, that new team will have to give up a draft pick to the Yankees, which could be as high as a first-round pick. The team’s highest first-round pick is exempt from forfeiture.

Losing DJ would be a significant hit to the Yankeesâ€™ infield, considering his ability to play multiple positions and act as a fantastic lead-off hitter.

Defensively, he has three Gold Gloves to his name over 10 seasons and has cemented himself at second base for the Yankees. However, with their issues at shortstop, there could be an alternative method here that includes LeMahieu moving to first base and Gleyber Torres moving back to second base.

I imagine that the coaching staff believes in Torres at short and wants to retain LeMahieu at second base, but the Yankees lost a significant amount of revenue due to the COVID-19 pandemic, so they are attempting to cut salary in as many ways as possible. Nonetheless, managing partner Hal Steinbrenner stated that he understands LeMahieu’s value to the team and that they are working to find a compromise.