Yankees News: Joey Gallo picks up injury at worst time, Wild Card is a battle of the AL East 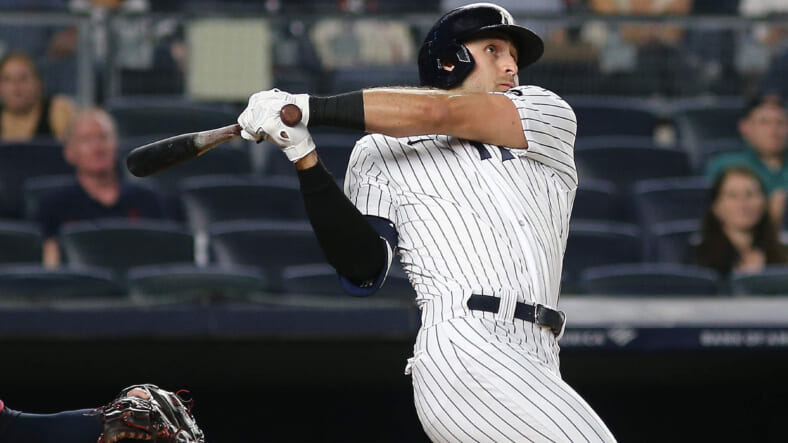 With the season winding to an end, every game has extreme importance for the New York Yankees in the Wild Card standings. Now sitting in fourth place in the AL East, the Bombers are desperately fighting to stay in the race at the top of the WC.

Sitting 0.5 games back, Toronto and Boston currently hold the top two spots, and after an unfortunate loss to Cleveland on Saturday, things are only getting more difficult for the Yankees. Allowing 11 runs is unacceptable for a team that has postseason expectations. Starting pitcher Luis Gil gave up three hits and two earned runs over 4.1 innings. The bullpen was equally as inconsistent, as Albert Abreu allowed five runs in less than an inning and Andrew Heaney gave up three runs and five hits over 3.0 innings.

The Yankees miss Jonathan Loaisiga dearly, and there is a possibility he is unable to make it back in time to help his team close out the season. However, the Bombers are expected to return Luis Severino in the coming days, and he will offer them a solid option out of the bullpen to get his season started.

Speaking of injuries, the Yankees also saw slugger Joey Gallo pick up a neck issue. They have him listed day-to-day.

â€œHe was trying to work through it all morning with different stretches and stuff, but I think after his first at-bat, it was just barking too much on him,â€ manager Aaron Boone said. â€œHe got some more treatment during the game, so weâ€™ll see where weâ€™re at.â€

Gallo has struggled since joining the Yankees this off-season in a trade with the Texas Rangers. Heâ€™s hitting .204 with 37 homers and 75 RBIs. Heâ€™s quickly closing on his career highs in the HR category, hitting 41 in 2017, a personal record. Heâ€™s walking a career-high 18.5% the season but is striking out 34.3% of his at-bats. Overall, heâ€™s had several small streaks of success but otherwise had been inconsistent for the Bombers.