Yankees News, 9/15: The Yanks have a serious infield problem, Aaron Judge is in MVP form 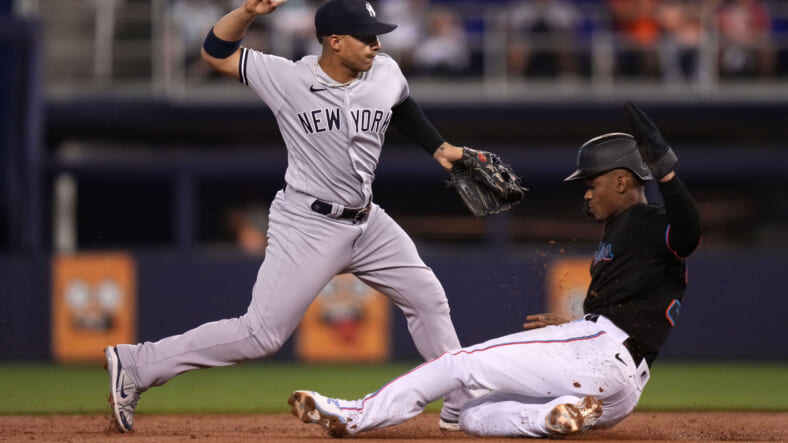 The New York Yankees overcame the Baltimore Orioles on Tuesday, taking another big step forward and hopefully securing a Wild-Card spot. Currently, the Yankees are in a three-way tie with the Toronto Blue Jays and Boston Red Sox for the final spot in the WC, and with two more games against Baltimore coming up, they have a great opportunity to tally on a few wins. Currently, Boston is taking all the Seattle Mariners, and after having won on Tuesday, they will be eyeing a second consecutive win over Marco Gonzalez, who hosts a 4.03 ERA this season.

Thankfully, Yankees ace Gerrit Cole looked phenomenal in his return after suffering a slight hamstring injury last week. Over 5.0 innings, Cole allowed four hits and just one run, striking out seven batters over 108 pitches. This season, Cole hosts a 2.75 ERA, representing one of the best starters in baseball.

“Every win is big, obviously,” Yankees manager Aaron Boone said. “This is the fun time of the year. This is where you want to be, chasing October baseball. It’s good to get this first one here, especially after they took two out of three from us at our place.”

With everything boiling down as the season winds to an end, the infield is going through somewhat of a shift. Regular second baseman DJ LeMahieu has been moved to the hot corner and Gio Urshela has shifted over to shortstop. The Yankees were forced to make a move due to Gleyber Torres’s problems at SS, but it seems they are following him to second base when he fumbled a potential double play in the bottom of the sixth inning against Baltimore. His continuous errors have become a serious issue for the Bombers, resulting in a change.

The Yankees feel strongly enough about Torres’s hitting that they refuse to put him on the bench, and rightfully so. Gleyber’s traditional spot is second base, to begin with, so he should see more success with a bit of continuity, and Urshela at shortstop makes plenty of sense with LeMahieu’s versatility.

In addition to the defensive changes, one player who as been standing out as slugger Aaron Judge, who has a .292 average this season. Judge has 8 hits, 4 HRs, and 9 RBIs over his last 25 at-bats.