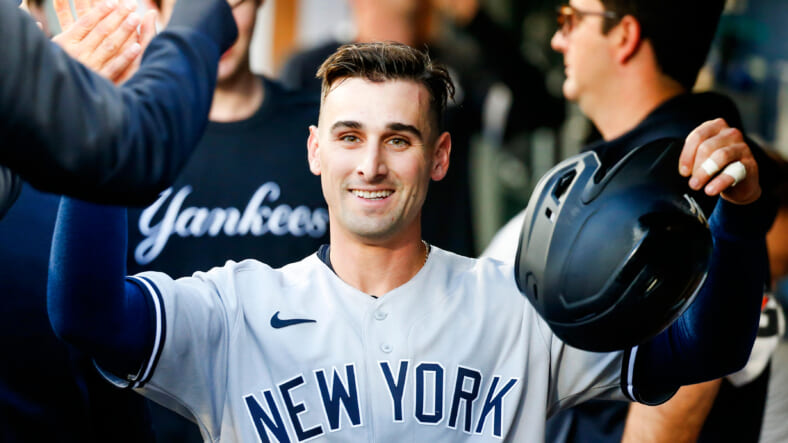 The injuries are beginning to pile up for the Yankees once again, as Brett Gardner has found himself in an everyday starting role. Clint Frazier is dealing with migraines and vertigo, which could keep them out for an extended period of time. With a lack of depth in the outfield, general manager Brian Cashman traded for Arizona Diamondbacks outfielder Tim Locastro, who featured in the Yankees’ victory over the Seattle Mariners on Wednesday evening.

Locastro is hitting .189 on the season with one homer and six RBIs. However, he offers a unique skill, speed. The Yankees rarely look for players who are blazing on the base paths and offer length in the outfield, but the Ithaca native offers both. In the win, Locastro tallied two hits over four at-bats, driving in a run off an Aaron Judge homer in the second inning.

Skipper Aaron Boone seems to be fond of Tim, who brings an abnormal quality for a team that relies on sluggers and the long-ball.

â€œThatâ€™s a case of knowing you can fly,â€ Yankees manager Aaron Boone said. â€œThatâ€™s all on him. Thatâ€™s that instinctive decision youâ€™ve got to make, knowing your speed, knowing the outfielder, knowing itâ€™s the right time to take a gamble, and obviously it was a really good play by him.â€

One player who raved about Locastro is star outfielder Aaron Judge, who attested to his versatility in the outfield and incredible hustle.

â€œWhat an athlete,â€ Aaron said. â€œHe can play all outfield positions. We saw his speed. Routine base hit up the middle, but out of the box heâ€™s sprinting hard. Heâ€™s a guy who hustles. He hustles 110% every single day, every single play. Itâ€™s been fun to have him.â€

Hopefully, the Yankees can unlock even more potential in the 28-year-old. However, he is a right-handed hitter when the Yankees desperately need more diversity in the batting order. Having stolen five bases this year, expect him to be a more prominent player in that category for the Yankees, who currently rank last in the league.

Locastro stated after being traded to New York, â€œIâ€™m just trying to help this team win any way I can.â€