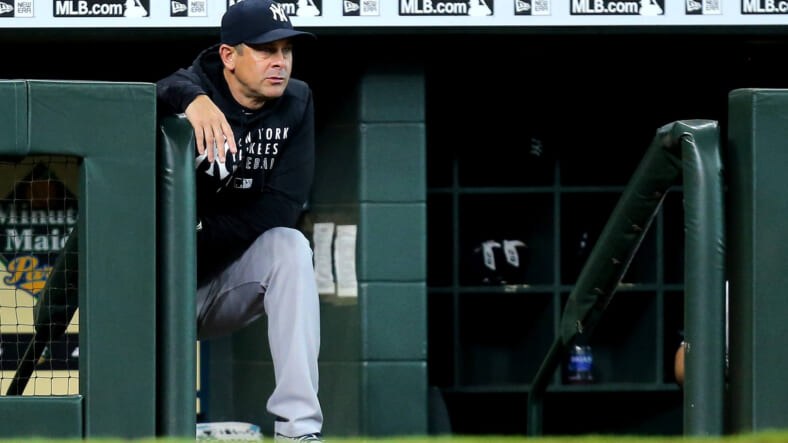 Unfortunately for the Yankees, things seem to get worse and worse with every passing day, as the All-Star break didnâ€™t give them the momentum change in the anticipated. With a short break this week, the Yankees came out sluggish against the Boston Red Sox on Friday evening, failing to score a single run and recording just three hits on the evening.

Once again, COVID-19 ravaged the roster, sending three players to the injured list, all of whom are significant contributors.

There is no telling when the three will make a return, but most are vaccinated, so their symptoms will be minimal at worst. However, they will have to test negative twice to return to the team, and by that point, the Yankees might be so far back their hopes of making the playoffs are simply gone.

In addition to the Covid related IL placements, starting first baseman, Luke Voit was also placed on the 10-day IL with knee inflammation. After partially tearing his meniscus during spring training, Voit is still working his way back, trying to avoid any further injuries.

Young talent is on the way:

With starting players going down, the Yankees are looking to rely on some of the younger options from Triple-A to fill the void. One of their young studs is Trey Amburgey, who appeared in one game, making two plate appearances, failing to make an impact. By the looks of it, Amburgey will have plenty of opportunities to elevate his stock and try to establish himself at the MLB level.

Amburgeyâ€™s teammate at Scranton was Hoy Jun Park, a speedy outfielder who is hitting .325 this season with eight homers and 25 RBIs. He will also be given an opportunity to make an impact in the coming days, especially on the basepaths as a fast runner.

The Yankees have also periodically called upon Chris Gittens at first base to supplement the loss of Voit. This season at the MLB level, heâ€™s hitting .091 with one homer and four RBIs. His 32.1% strikeout rate is a clear indicator that he might not be ready for the MLB, but more reps should prove to be essential for success. He was hitting .359 in Triple-A before being called up.