Yankees News, 7/12: Cashman could be playing dangerous trade game, Yanks give back momentum in one inning 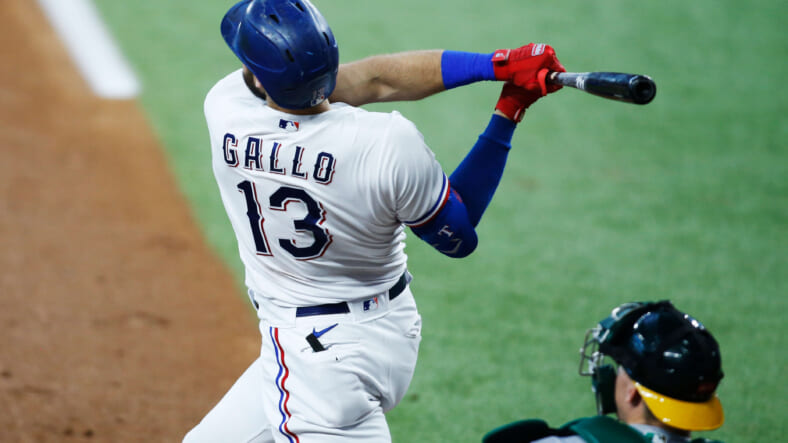 There is no question the Yankees need to be active at the trade deadline this year, considering the need for a lefty bat and outfield support. With Aaron Hicks missing the rest of the season and Clint Frazier dealing with migraines, one option that has been mentioned is Texas Rangers star Joey Gallo, who currently hosts a .239 average with 24 homers on the season.

Gallo is the perfect fit for the Yankees, who’ve been interested in his services for quite some time. Texas will likely be selling at the deadline, but Gallo is in line for a massive payday after the 2021 season ends, as heâ€™s earning just $6.2 million for this year. However, he is arbitration-eligible for 2022, so if the Yankees want to bring him in, he will be pricey but nothing exorbitant for one more year. General manager Brian Cashman is playing a dangerous game, as the Yankees desperately need support; heâ€™s trying to stay below the $210 million luxury tax threshold, which is proving to be difficult.

Per the Fort Worth Star-Telegram:

Gallo is 27, eligible for arbitration in 2022, and the earliest he can be aÂ free agent is 2023. … The Rangers are more apt to either deal Gallo, or give him a long-term contract before he can go through that process. Because his agent is (Scott) Boras, his preference typically has been to allow his high-end clients to become free agents and command the type of contracts players love, and teams eventually hate. We are talking eight years, $200 million plus. Easy.

Hopefully, the Bombers can add a bit more depth in the outfield, but the priority should be a lefty hitter or switch option.

Chad Green blows easy win for the Yankees against Houston to wrap up series:

Enjoying a five-run lead in the bottom of the ninth-inning, relief pitcher Chad Green allowed four earned runs over 12 pitches to give Houston the win. Green currently features a 2.89 ERA, suggesting heâ€™s had a solid season up to this point, but giving this game away changes the momentum entirely for the Yankees, who had won five of their last six games and nearly secured a series sweep against the Astros.

Because of the loss, the Yankees find themselves 8.0 games back behind Boston and 4th place in the American League division. They are 4.5 games back in the Wild Card, indicating they need to string together a few wins ASAP. They have an important series upcoming against the Boston Red Sox, a team they havenâ€™t beaten this year a single time.

The starting pitching is going to need to be adequate, but the Yankees have a few days off until then, as the first pitch will commence on Thursday at 7 PM at Yankee Stadium.