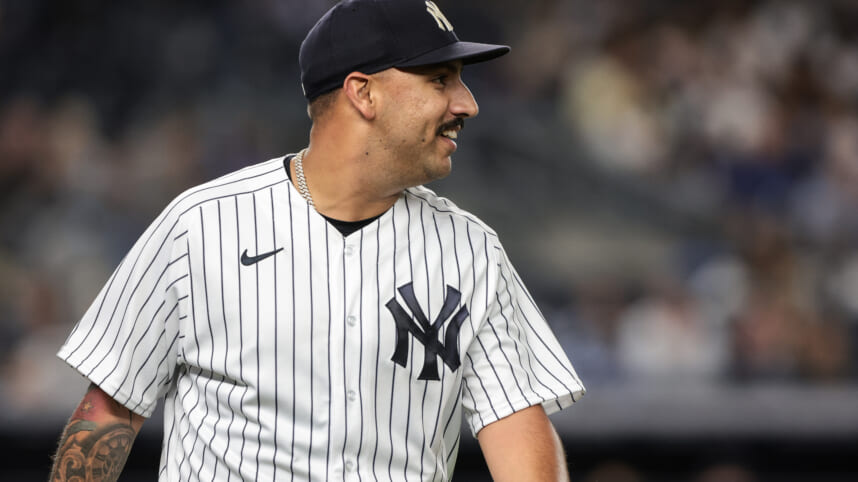 The New York Yankees have a one-game lead over the Cleveland Guardians in the ALDS, but they will be looking to secure Game 2 on Friday afternoon after a rainout and postponement on Thursday.

Nestor Cortés will take the mound against 2020 Cy Young award winner Shane Bieber, but the Yankees starter has a slight advantage over his opposition.

Cortés has played against the Guardians twice this season, whereas Bieber hasn’t faced off against the Yankees since 2021. In fact, Bieber took on the Yankees during the postseason back in 2020, giving up seven earned runs over 4.2 innings, so the Bombers have his number.

Don’t get it twisted: The Yankees need to show up

Nonetheless, Bieber was lights out during the 2022 regular season, enjoying a 2.88 ERA with a 2.98 xFIP over 200 innings. Against the Tampa Bay Rays in the Wild Card game, he limited them to just three hits and one earned run over 7.2 innings, a fantastic performance.

Considering he’s only allowing 0.81 home runs per nine this year, the Yankees will have their work cut out for them, despite their heavy reliance on the long ball.

Nonetheless, over two appearances against Cleveland this season, Cortés posted a 2.19 ERA with 14 strikeouts, walking just two batters. In his most recent outing on July 2, he lasted 6.0 innings, giving up just one earned run over three hits. Cortés finished the regular season on a high note as well, meaning this could end up being a low-scoring pitching dual between the two teams.

However, having already faced off against Cleveland this year, Cortés has experience going through the lineup and understands how to shift and change his approach for specific batters. Bieber, on the other hand, only appeared once against the Yankees in 2021, so adjusting and finding success could be a bit more tumultuous.

In addition, Cortés generally gives up weak contact, not featuring blazing velocity but incredible location, similar to Bieber. With 18% of balls in play classified as hit with soft speed, Cortés undoubtedly knows how to get the job done. 54.4% of balls hit off Nester or were classified as a hit with medium speed, giving up only 27.7% with hard-hit classification. Cortés is known for a heavy flyball percentage but has kept his HR/FB ratio down to 8.2%, meaning batters are getting underneath the ball but simply not hitting them out of the park, which is a positive sign.

While I wouldn’t say Nestor has an advantage over Bieber, he certainly knows how to pitch to the Cleveland Guardians and should put together a solid performance on Friday afternoon.