Yankees nearly acquired star pitcher at the trade deadline, could be target in winter 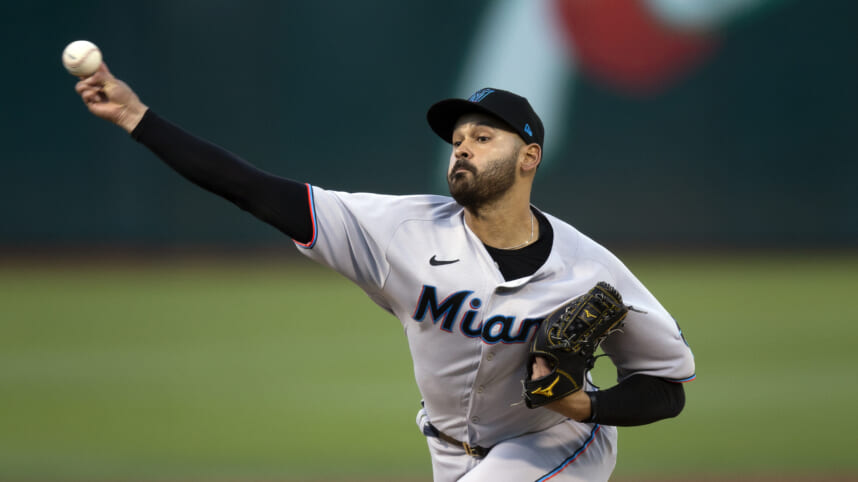 The New York Yankees seemingly had a fantastic trade deadline until general manager Brian Cashman traded away Jordan Montgomery with moments left. Montgomery has been fantastic for the St. Louis Cardinals, posting a 0.35 ERA over 25.2 innings, generating a 94.1% left on base rate.

However, Cashman was looking to bring in another playoff-caliber starting pitcher aside from Frankie Montas. He had Miami Marlins starter Pablo Lopez, in his crosshairs, but the deal fell through in the final moments, with Cashman hung up on trading Gleyber Torres.

The Yankees and Marlins came somewhat close to completing a trade of Gleyber Torres for Pablo Lopez before the Yankees apparently pulled the plug. Neither side should have regret. Though Torres has been slumping (.188 since the deadline), along with most of the lineup, Lopez went through a “dead arm” period until six scoreless innings (vs. the A’s) Tuesday.

The Yankees should’ve made the deal:

On the season, Torres features a .247 batting average with a .298 on-base rate. He’s hit 18 homers with a 21.9% strikeout rate and 6.3% walk rate. Torres has been more proficient in some categories than others, notably the homerun section.

This is the most homers he’s hit since 2019, hitting three in 2020 and nine in 2021. However, Torres has been awful in the month of August, hitting .193 with a 22% on-base rate, including two homers and four RBIs. He did record two hits and a walk against the Oakland Athletics in an offensive explosion Thursday night, but the entire team took advantage of poor Oakland pitching.

Considering Gleyber’s poor numbers since the All-Star break, trading for Lopez would’ve provided the Yankees with another stellar starting pitcher. Over 140 innings this season, Lopez features a 3.66 ERA, 3.58 xFIP, 8.74 strikeouts per nine, an 74.5% left on base rate, and a 45.7% ground ball rate.

Lopez features a fastball, cutter, curveball, and change-up. Given his quality, it is not out of the realm of possibility that the Yankees could target him come the winter months, floating Torres as a potential trade piece. Torres is arbitration eligible until 2025, meaning he has two more seasons of cost control play before he hits free agency.

Given the polarizing nature of his bat, Cashman may look to cash in on his value. The home runs are nice, but he’s getting on base at a sub-30% clip, which has been problematic at times.