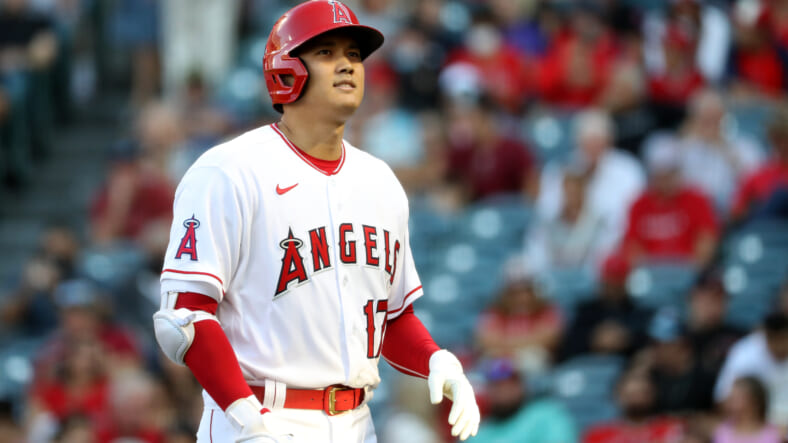 The New York Yankees have their focus on superstar slugger Aaron Judge and a monster contract extension, but there’s still a possibility that he signs elsewhere and leaves a major void on the roster.

If the Yankees end up striking out in their pursuit of Judge, who will conceivably earn upward of $36 million per season, if not more, they need to have a backup plan.

There may not be a better alternative than Los Angeles Angels’ one-of-a-kind, Shohei Ohtani. Ohtani is 28 years old, representing one of the best lefty hitters in the game, and a fantastic starting pitcher. He’s coming off an MVP-caliber season, hitting .273 with a 35.6% on-base rate, 34 homers, and 95 RBIs. He earned a 10.8% walk rate and a 24.2% strikeout rate. With the short right porch in Yankee Stadium, Ohtani may be able to increase his home run total substantially, providing him even more value.

That’s not even mentioning his two-way contributions, tallying a 2.33 ERA and 11.87 strikeouts per nine—a living Unicorn in the flesh.

With the Angels having just one year left of control over Ohtani, cashing in now for a monster package of players could be an ideal scenario. As a dual threat, he will make close to what Judge is earning, but he’s two years younger, indicating he will be in his prime for longer.

The question is, what would the Yankees have to give up to acquire Shohei Ohtani in the first place?

The offer: The Yankees trade 2B Gleyber Torres, SS Oswald Peraza and OF Jasson Dominguez to the Angels for Shohei Ohtani.

via Chris Kirschner of The Athletic

At first glance, coughing up Torres, Peraza, and Dominguez seems to be a fantastic deal for the Bombers, who would gain a bonafide superstar. Torres is a solid player, earning a 115 wRC+ this past season, indicating he’s 15% better than the average MLB athlete. He hit .257 with a 31% on-base rate, including 24 homers and 76 RBIs. However, Torres took a big step defensively at second base this season, so there is value, especially since the team has control over him until 2025.

The Yankees haven’t even tapped into Peraza‘s service time yet, so he’s an incredibly cheap player, representing an elite defensive set shortstop with plenty of offensive capabilities. Over 18 games to finish 2022, Peraza hit .306 with a 40.4% on-base rate.

Over a full season, those numbers are bound to decrease, but he can still put together a good rookie campaign, headlined by his defense. Dominguez, on the other hand, is the most unproven of the bunch. He just made the elevation to Hudson Valley at 19 years old this past season.

In total, he hit .273 with a 37.6% on-base rate, 16 homers, and 59 RBIs across 120 games with three separate minor-league teams. At such a ripe age, Dominguez has unlimited potential, but that is the cost of acquiring a superstar talent in the middle of their prime.

At a certain point, the Yankees need to make a decision on their current situation, and if they miss out on Judge, they need to go all the way in to acquire Ohtani, who would make the loss a bit more justifiable.