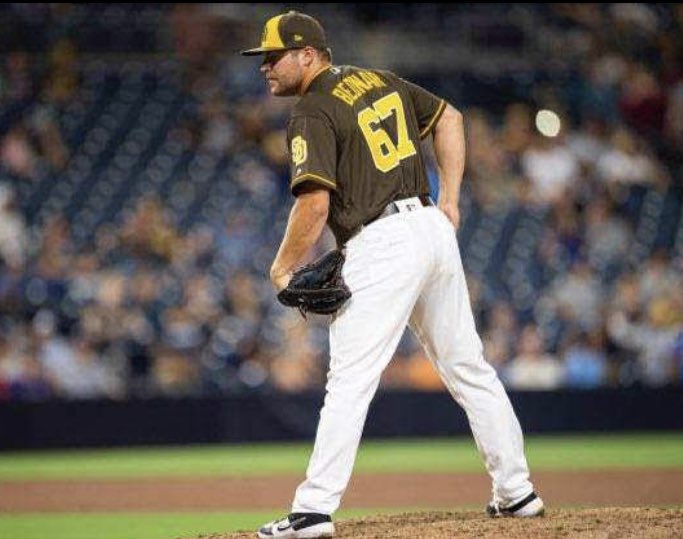 The New York Yankees have a busy few days ahead of the trade deadline, especially after losing out on Luis Castillo. Their primary targets are Frankie Montas of the Oakland Athletics and José Quintana from the Pittsburgh Pirates.

However, general manager Brian Cashman has a good opportunity to package a more lucrative deal together with the Pirates, a team he’s connected with in the past.

Mock trade between the Yankees and Pirates:

Smoothing over the loss of Michael King will be difficult, but David Bednar of Pittsburgh fits the bill perfectly. At 27 years old, Bednar still has five years left a team control, meaning he will become a free agent in 2027. This season, he hosts a 2.70 ERA over 46.2 innings, enjoying 12.17 strikeouts per nine, a 72.7% left on base rate, and a 33% ground ball rate.

Bednar utilizes three different pitches, including a 4-seam fastball, curveball, and split-finger fastball. His curveball and split-finger are generating the lowest batting average at .171 and .154, respectively. His fastball is averaging out at 96.5 mph, with hitters batting .245 against it, a 33% WHIFF rate and 27.2% put-away rate.

The Yankees will have to put together a more attractive deal if Bednar is included, but if they can manage to retain Oswald Peraza and Anthony Volpe in the process, that would obviously be ideal.

Normally, bullpen arms don’t fetch such significant assets, so the Yankees could probably get away with two solid prospects and a boom or bust player.

Quintana has a lot of mileage on his arm, but he’s proven as a reliable starter, pitching over 200 innings in four consecutive seasons with Chicago about 7–8 years ago.

Quintana features a 4-seam fastball, curveball, change-up, and sinker. He’s a primary fastball/curveball thrower. His curveball is generating a .196 batting average with a 32.3% WHIFF rate and 22.6% put-away rate.

He’s not the big splash the Yankees would like to make in the starting rotation, but he’s experienced and much cheaper than alternatives like Frankie Montas.

In exchange, the Yankees gave Pittsburgh outfielder Everson Pereira, who currently features with Somerset in AA. Pereira is batting .274 with a .455 slugging percentage with High-A Hudson valley this year before being promoted. He smashed nine homers with 43 RBIs and 19 stolen bases. So far, with Somerset in eight games, he’s hitting .273 with one homer and an RBI over 33 at-bats.

Vargas is another solid shortstop in the Yankees farm system, currently playing for Low-A Tampa. He’s hitting .197 with seven homers and 28 RBIs this year over 309 at-bats. He’s more of a project but undoubtedly offers tremendous outside if he can increase his average and make more efficient contact.

Yankees relief pitcher Will Warren currently features with Double-A Somerset. He holds a 3.00 ERA over 54 innings, including a 75.2% left on base rate and 52.4% ground ball rate. Warren has drawn plenty of interest in potential trades, but letting him go for an established bullpen arm like Bednar makes sense.

This trade allows the Yankees to keep most of their top prospects if not all of them while acquiring two players who can make an impact immediately on the starting roster.