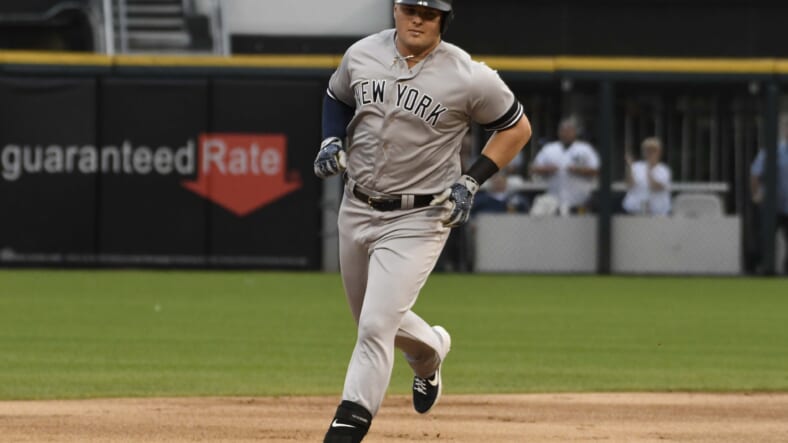 The New York Yankees have been forced to play the first few weeks of the 2021 season without one of the anchors of their lineup. Luke Voit, who led not only the Bombers but also the whole league in home runs last year with 22, recently suffered a partially torn meniscus that required surgery.

The timetable for his recovery was somewhat up in the air. The Yankees knew that he would need to rest (no baseball activities whatsoever) for three weeks after the surgery, performed on Monday in New York, but he would need to get in baseball shape after that. He needs to regain some conditioning, take batting practice, and then face some live pitching before even thinking about playing for the Yankees.

Yankeesâ€™ manager Aaron Boone confirmed on Saturday that the hulking first baseman will return at some point in May, which is a sign that he is progressing well in the days after the surgical procedure.

Jay Bruce is playing first base for the Yankees while Voit is out. The latterâ€™s absence will be felt not only on the diamond, but also outside of it. Voit is a respected figure in the Yankeesâ€™ clubhouse, and the team is clearly better when he is around.

â€œLuke is a big part of this team, a big part of this offense,â€ Yankees outfielder Aaron Judge recently told MLB.com, the leagueâ€™s official site. â€œHe brings a lot to the table, a guy thatâ€™s going to hit in the middle of this lineup, hits for power and uses the whole field. Heâ€™s a vocal guy in the clubhouse and gets us motivated, so weâ€™re going to be missing out on that for at least a month.â€

But fans should be patient for just a few more weeks, and then they will get to see Voit back raking.