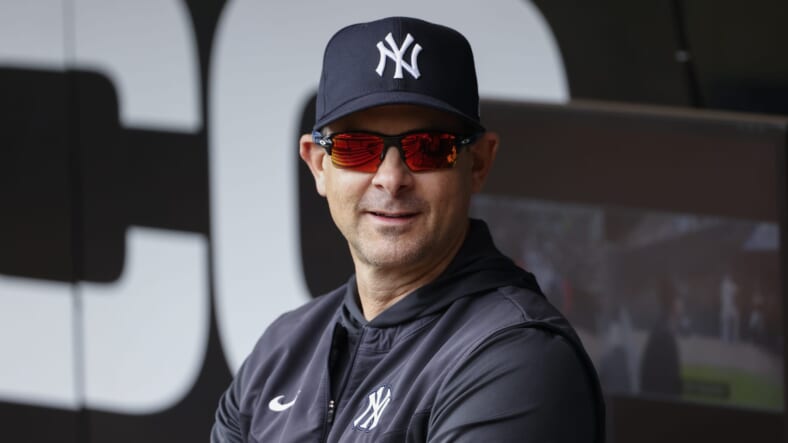 Playing or coaching for the New York Yankees draws plenty of negative attention when the team is performing poorly. The Bombers have been going through a rough patch after the All-Star break but finally got back into the win column thanks to a walk-off Grand Slam courtesy of Josh Donaldson on Wednesday night.

However, despite a double-digit lead in the AL East, fans still chanted “fire Boone” throughout the contest, having made a few poor bullpen decisions in recent days.

Boone has been criticized for his moves in the past, so negative attention isn’t something he’s exactly avoided. In fact, every Yankee player has gone through at least a small stretch of hostile fan engagement, but Boone responded valiantly, even badass by most accounts.

“I stood up a little prouder on the top step and said okay. It goes with the territory sometimes here.”

The Yankees are desperately trying to turn things around:

The Yankees emerged victorious against Tampa Bay on Wednesday, but they are gearing up to face off against the Toronto Blue Jays in the Bronx in a four-game series.

The Yanks will feature Frankie Montas on the mound, their star acquisition at the trade deadline. Montas had a solid showing against the Boston Red Sox last Saturday, pitching 5.0 innings, giving up five hits and two earned runs in the win.

The hope is that Donaldson’s Grand Salami provided a much-needed spark, but unless the team is able to string together a few consecutive wins, they may find themselves exactly where they started Wednesday afternoon — looking for a catalyst.