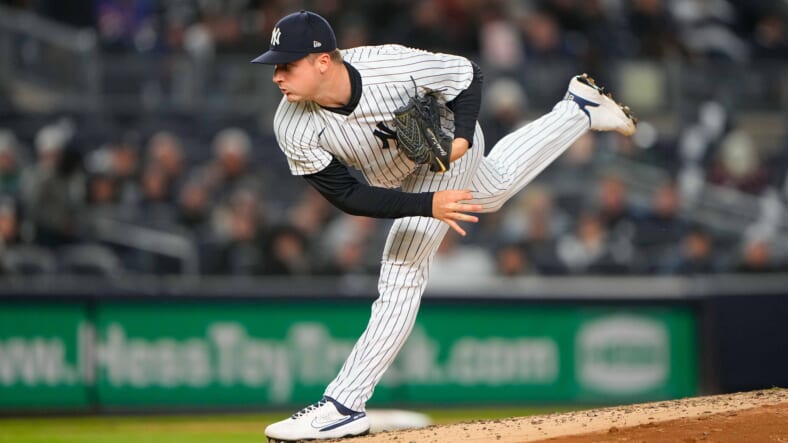 The New York Yankees lost star relief pitcher Michael King to a fractured right elbow on Friday night, putting them in scramble mode before Saturday’s game against the Baltimore Orioles.

Replacing King is nearly impossible, considering he hosted a 2.29 ERA with 11.65 strikeouts per nine, a 77% left on base rate, and a 47% ground ball rate over 51 innings.

In his place, the Bombers called up Clarke Schmidt and signed right-handed pitcher Shane Greene to a Major League contract, adding him to the 26-man roster from Triple-A Scranton.

Schmidt has made 14 appearances this season over 24 innings for the Yankees. He features a 3.00 ERA with 7.88 strikeouts per nine, a 72.5% left on base rate, and a 45.3% ground ball rate. In Triple-A, his numbers have actually been worse, interestingly.

Schmidt can’t replace the production that King displayed prior to the injury, so the Yankees will have to rely on others to shoulder the load. One relief pitcher working his way back from injury is Ron Marinaccio, who will be heavily relied on upon his return.

The Yankees also brought in Shane Greene, a 33-year-old bullpen arm. Greene made just one appearance last season for the Los Angeles Dodgers but made 15 appearances this season with Scranton, posting a 3.86 ERA. He also hosted 9.43 strikeouts per nine, a 78% left on base rate, and 51.8% ground ball rate.

Neither Greene nor Schmidt are high leverage pitchers who can be relied on in big moments, but they can at least eat some innings until general manager Brian Cashman finds a supplement via the trade market.

One thing is for sure, Cashman must be active in the coming days to acquire more talent, especially with injuries becoming a serious problem.