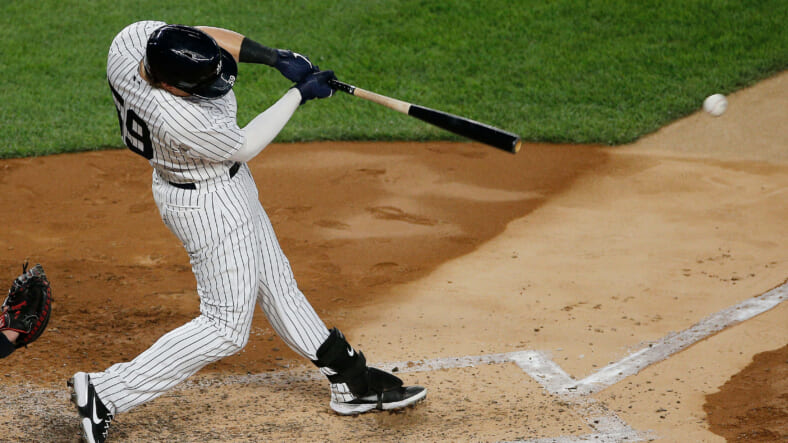 The New York Yankees failed to secure a top-four seed in the American League, and as a result, they will play the Wild Card series against the Cleveland Indians at Progressive Field, away from their fortress: Yankee Stadium.

Why do we say fortress? Because the Bombers finished the season 33-27, but 22 of those victories (roughly 67 percent, or two thirds) came at Yankee Stadium. At home, they had a 22-9 mark. The club performed admirably in familiar surroundings.

When playing on the road, the team had a mediocre 11-18 register, which is especially worrisome considering that they won’t play any more games at Yankee Stadium for the remainder of the postseason as MLB adopted a different schedule and format for the 2020 season.

The Yankees can succeed anywhere according to Voit

The numbers are evident, yet Bombers’ first baseman Luke Voit doesn’t think that people should be worried about where the team plays. Certainly, the squad is talented enough to go all the way, but consistency has been an issue this year.

Other interesting home/away batting splits: the Yankees hit .273 with 67 home runs at home, but those numbers collapsed all the way to .220 and 27 while playing away from the cozy confines of Yankee Stadium.

Voit has been among the most direct and vocal players in the Yankees’ clubhouse. When the team was slumping (a 5-15 skid that put their playoffs dreams in jeopardy at some point in September) he acknowledged that they were not performing well.