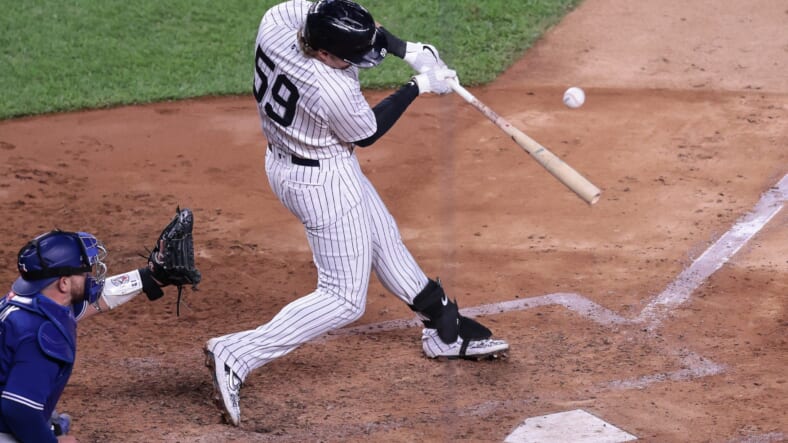 The New York Yankees have had quite a messy year in the first base position. Jay Bruce, a natural outfielder on the wrong side of 30, started the year there but struggled offensively and defensively, prompting his retirement. Mike Ford and DJ LeMahieu have seen time there, as well, but the true, regular holder of the position is about to come back.

Luke Voit, the Yankeesâ€™ slugger who led the league in home runs last year with 22, already started a rehab assignment with Triple-A Scranton/Wilkes-Barre on Tuesday.

And everything went well, at least in the first game: Voit went 2-for-3 with a long double in his first official game in weeks. He underwent surgery to repair a partially torn meniscus back in March.

The Yankees will get Voit back next week

According to Yankeesâ€™ manager Aaron Boone, Voit, who was the designated hitter on Tuesday, will play the field today for six or seven innings. The expectation is that the Bombers can have their slugger back for a road trip that begins on May 11 against the Rays in St. Petersburg.

â€œWe have a little bit of an outline of what we think the next week will look like for him,â€ Boone told MLB.com. â€œI would say over the next seven or eight days, he’s probably going to play five or six games to get built up. Hopefully, heâ€™ll be able to join us at some point on the road trip.â€

“Iâ€™ve been champing at the bit, watching every game at home,â€ Voit said on Friday. â€œI want to come back, and I miss the guys. Itâ€™s felt like Iâ€™ve been gone for two months. I canâ€™t wait.â€

After long games of fielding subpar first basemen, the Yankees are about to get the real one back.