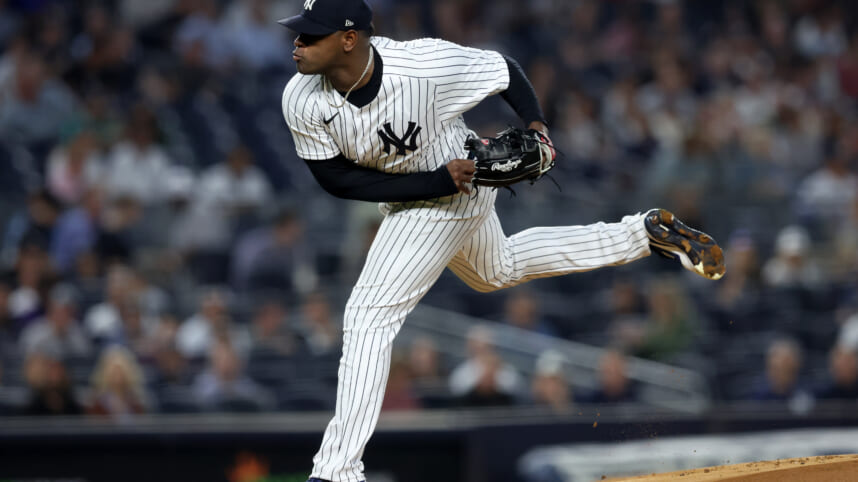 New York Yankees starting pitcher Luis Severino has battled several years of injury before finally making a positive impact on the 2022 season. He pitched just 12 innings in 2019, missed all of 2020, and pitched six innings in 2021, all a result of injury.

However, those days are behind him, so it seems, and he’s put together an encouraging campaign that has justified and warranted a slot in the playoff starting rotation.

The longevity he’s shown this season certainly brews optimism he can be a consistent threat in the future, with the team signing him to a four-year, $40 million deal back in 2019 with a club option in 2023.

The Yankees will prospectively pay him $15 million in base salary next season after finally earning his paycheck this year.

It has been quite some time since analysts have trusted Sevy, and finally, he’s getting some love and appreciation from MLB Network.

Severino stated: “About time MLB Network show me some love.”

The Yankees are getting the best version of Luis Severino right now:

After his latest performance on Monday night against the Texas Rangers, he surely deserved the kind words. He pitched seven hitless innings, tossing 94 while curating seven ground balls and seven strikeouts. He lowered his ERA from 3.41 to 3.18, and while he desperately fought to stay in the game, manager Aaron Boone was thinking more about his postseason health than anything else.

In any other situation, Boone would’ve kept Severino in and allowed him to continue dominating, but risking his health after just returning from the injured list on September 21 wasn’t something the team wanted to risk.

However, bullpen arm Ron Marinaccio didn’t experience the same caution. Marinaccio had been dealing with a shin injury since July, but the Yankees trotted him out anyway, and he aggravated the issue, forcing him to the IL. At this point, the team is hopeful he can make a return in the ALCS, given the Yankees get past the first round.