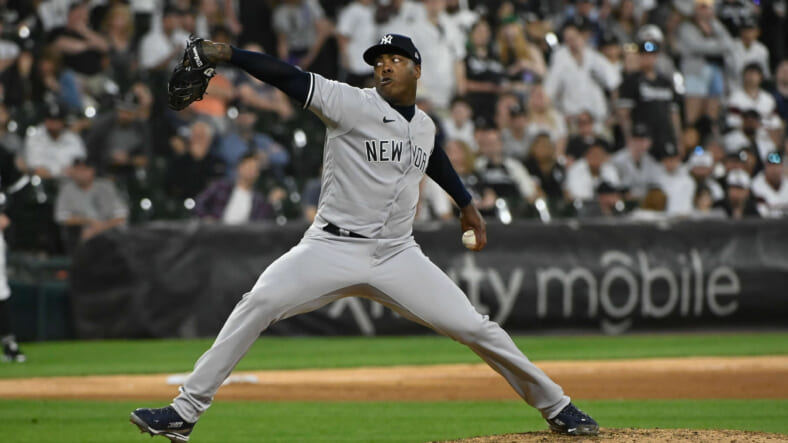 The New York Yankees have an interesting situation developing in the bullpen. Having lost trade acquisition Scott Effross for the 2023 season after undergoing Tommy John surgery a few weeks ago, they’re already down one of their more prominent arms.

In addition, Michael King is also set to miss quite a bit of time after undergoing surgery on his elbow. Luckily, he was able to avoid Tommy John, which should expedite his recovery process compared to Effross.

There are a few solid holdover pieces the Yankees can rely on, but they are set to lose four players to free agency, clearing a sizable amount of salary off the books.

The Bombers lost Chad Green early in the season to Tommy John, pitching just 15 innings and recording a 3.00 ERA. Traditionally, Green has been a reliable option for the Yankees, but they would prefer to save $4 million than retain him given the longevity of his recovery process.

Miguel Castro is one option general manager Brian Cashman may look to keep around moving forward given his stellar velocity and pitch movement.

Given his experience with the Yankees, a similar deal to the one he signed this past season at $2.62 million seems reasonable. In fact, they may be able to get him at an even cheaper price point for 2023.

The Yankees will save $13 million by letting Zack Britton go this off-season after returning from Tommy John surgery. Britton pitched less than one inning and hasn’t made an impact in several years. Losing a prominent lefty arm is certainly not ideal, but the Yankees can turn his salary into several impact players.

After closer Aroldis Chapman abandoned his team for the playoffs, there’s no chance the Yankees are keeping him around for the future.

His departure will clear $18 million off the books, and given he’s coming off the worst season of his professional career, it is best they don’t go down that route again. Chapman lost significant velocity after the MLB banned spider-tac. Injuries also disrupted his flow and rhythm, but his mentality might end up being the most destructive part of his game at this point in time.