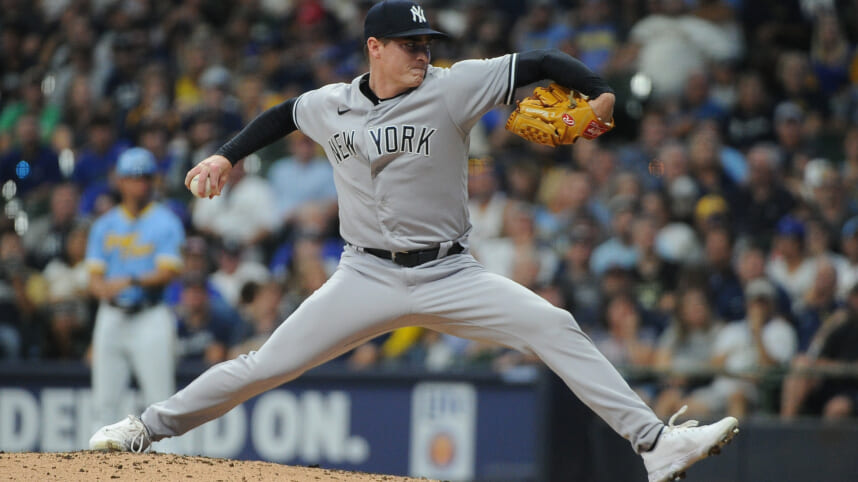 The New York Yankees can’t afford to be losing any more bullpen pieces, which is why the injury to Ron Marinaccio sustained during Sunday’s game is a massive blow ahead of the playoffs.

The bullpen is thin, to begin with, especially with Wandy Peralta fighting a back injury and Clay Holmes dealing with a shoulder issue.

The Yankees have been pleasantly surprised by Ron Marinaccio:

Marinaccio has been fantastic for the Yankees as a rookie this season, featuring a 2.09 ERA across 43 innings and 39 appearances.

According to manager Aaron Boone, Marinaccio suffered a shin injury, an issue that has been bothering him this season. He will have an MRI, but hopefully, the injury isn’t anything serious, and he only requires a few days of rest.

Marinaccio has been solid in the month of September, featuring a 3.00 ERA, giving up three earned runs over 9.0 innings. He was even better in August, recording a 0.90 ERA.

Despite Marinaccio’s lack of experience in the postseason, the Yankees have no choice but to rely on him if healthy, given Aroldis Chapman struggling and a bevy of inconsistencies. Chapman was awful on Sunday, walking three batters and giving up two earned runs to give Baltimore the lead.

Luckily during the postseason, the Yankees will likely utilize some of their starting pitchers in the bullpen, especially in Frankie Montas is able to return from shoulder information.