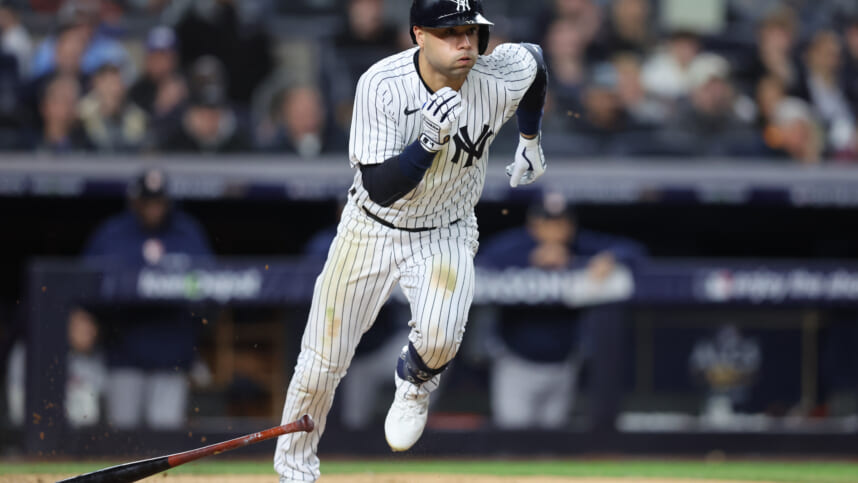 The New York Yankees have a big decision looming at shortstop this off-season, but after the performance of rookie Oswald Peraza, there is an expectation that he will start during the 2023 campaign.

It is possible that the Yankees look to utilize Peraza as trade bait for pitching, but given his stout defensive qualities and Major League caliber bat, they should give him an opportunity to prove his worth instead of trading away another young, talented prospect.

However, the team also has to make a decision on the future of Isiah Kiner-Falefa, who had a polarizing 2022 season. The team stood firmly behind IKF and his defensive qualities, despite benching him midway through the ALDS against the Cleveland Guardians.

At 27 years old, he has one year left of arbitration before becoming a free agent in 2024. They could elect to non-tender him, which would make him a free agent immediately, but retaining him at a relatively cheap price point could be a valuable move.

IKF spoke on Aaron Judge’s future but also mentioned the uncertainty around his own, stating, “but at the same time, I don’t know what my future holds either.”

The Yankees liked Kiner-Falefa‘s contact-hitting capabilities and speed on the base paths, but his inability to field routine ground balls and offer any slugging severely hurt his value.

Considering IKF won a Gold Glove at third base several years ago, there’s an argument to make that starting him there with Peraza at shortstop could be an efficient move. Obviously, that would indicate general manager Brian Cashman offloads the contract of Josh Donaldson, who is earning $25 million for next season.

Alternatively, the Yankees could start Peraza until Anthony Volpe is ready to be elevated to the majors, shifting Peraza over to the hot corner so Volpe can take over his traditional position. At some point, the Yankees need to rely on some of their youth infielders, especially ones that have star potential like Peraza.

Of course, that indicates a bit of uncertainty for Isiah Kiner-Falefa, who hasn’t had the best experience in New York up to this point with constant fan criticism.