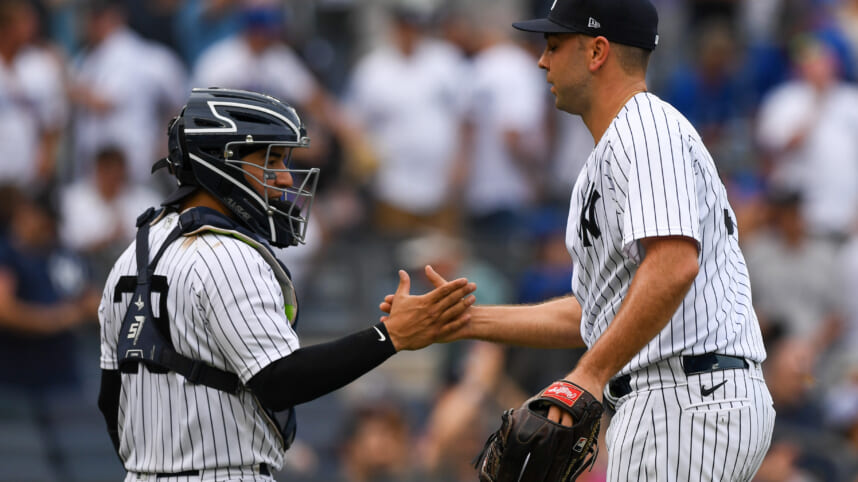 The Yankees made a few moves on Friday afternoon with arbitration proceedings coming up. The team had a big decision to tender or non-tender Isiah Kiner-Falefa, in which they decided to retain him on a one-year, $6 million contract. Some believed that the team could let him go, which would clear some money off the books and allow them to reallocate, but clearly, they saw value in the young infielder.

Kiner-Falefa might’ve gotten a bit more money in arbitration, so it was a good move by the Yankees to reduce that salary hit, even if it was marginal. In addition to IKF, general manager Brian Cashman also inked Lou Trivino to a one-year contract, avoiding arbitration.

The Yankees needed to keep Lou Trivino to help the bullpen:

Trivino had an interesting 2022 season, struggling considerably with the Oakland Athletics but dominating with the Yankees.

In fact, the very moment Trivino was acquired from the Athletics, his slider usage increased from 30 to 40.7%, even seeing a 7% increase in his 4-seam fastball usage. Pitching coach Matt Blake reduced his sinker usage to feed his other options. His fastball generates 20% more horizontal movement than the average pitcher, getting a bit more break than his sinker, which is decent. Trivino’s sinker generated a .400 batting average this past season, indicating it might be his worst pitch. The entire concept is to generate ground balls and weak contact, but opposing hitters were taking advantage, as it produced a 14.4% whiff rate.

Nonetheless, it seems as if the Yankees found a way to extrapolate on Trivino’s skill set at 31 years old. Retaining him was an easy move, with the hope he can replicate his half-season numbers wearing pinstripes in 2023.