Yankees in danger of losing Anthony Rizzo to arch-rivals 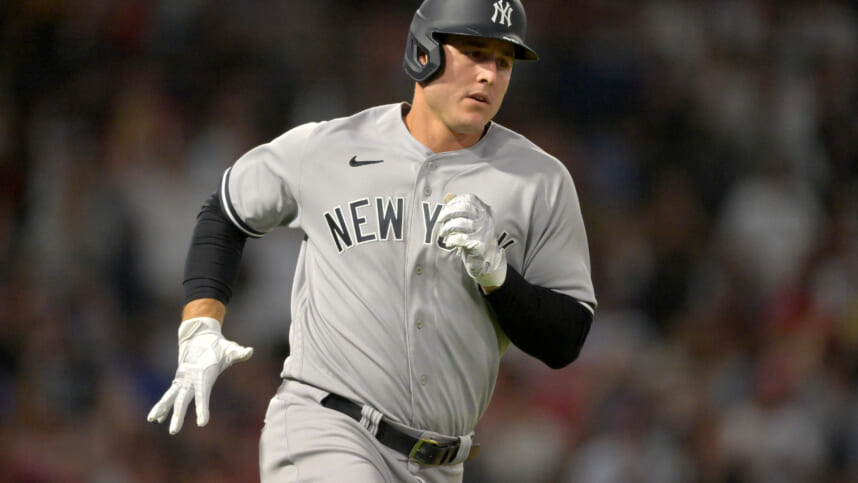 The New York Yankees have two priorities this off-season, extending Aaron Judge and Anthony Rizzo. Of course, Judge will garner significant fund allocations, but Rizzo is also in line for a substantial pay increase coming off another solid 2022 season.

Rizzo isn’t only a productive player, but also a locker-room gem, bringing the team together and serving as an established veteran presence among a few youngsters. He signed a two-year, $32 million deal with a player option last offseason, opting out of the second year last week.

General manager Brian Cashman presented him the qualifying offer at $19.65 million, which he’s expected to reject seeking more years and money. Realistically, Rizzo might be able to get close to $20 million per season on a short-term contract, but given his longevity, never playing fewer than 130 games in a full season, his value is obvious.

With that being said, the Houston Astros are targeting Rizzo as a replacement for Yuli Gurriel.

Per Ken Rosenthal of The Atheltic, the Astros are keying in on Anthony Rizzo at first base:

The Astros have identified Anthony Rizzo as their No. 1 free-agent target at first base. They also are considering Yuli Gurriel and José Abreu, but signing Rizzo would serve the dual purpose of bolstering their own roster while weakening the Yankees’.

After seeing Anthony’s playoff contributions, hitting .276 with a 43% on-base rate over nine playoff games this postseason, other teams are undoubtedly intrigued by his services.

The Yankees can’t afford to lose Rizzo for one simple reason, replacing him is next to impossible. The other options on the open market include José Abreu and Josh Bell, but the team could look to shift DJ LeMahieu to first base as a last resort.

Of course, this is not an ideal situation since the team prefers to have power lefty hitters at that spot and the Italian Stallion served as one of the more consistent options for the Yankees all season long.

Losing Rizzo would hurt, but losing him to the Astros would leave a lasting mark.