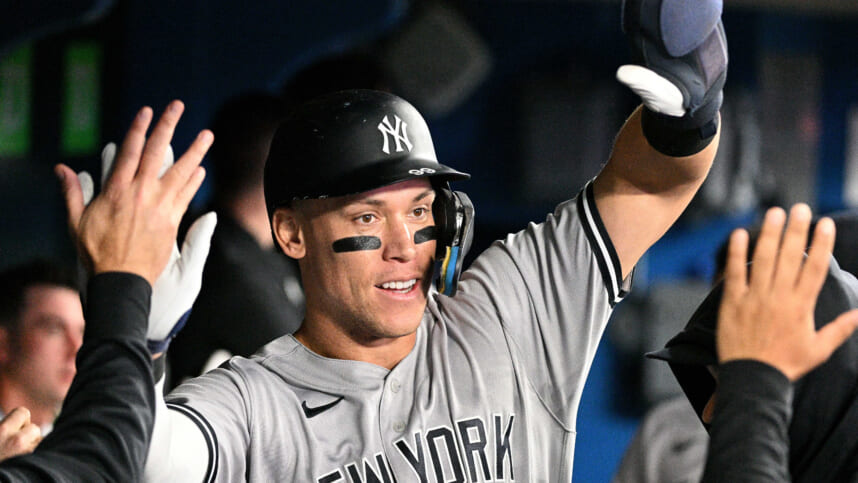 The New York Yankees are currently holding their breath as superstar slugger Aaron Judge does his due diligence around the country looking for a home after hitting free agency. The Yankees have already expressed their desire to retain Judge and keep him around for the remainder of his career, but there are other teams willing to dish out a lucrative deal for his services.

Judge is currently meeting with the San Francisco Giants, in which he’s reportedly having a productive trip. San Francisco is likely whipping out all the stops to convince Judge that going back out west is the right move. In fact, the Giants were Judge’s favorite team growing up, so they can tug at his heartstrings, whereas the Yankees simply have money and a proven track record of post-season competitiveness.

The Yankees are no sure-thing to retain Aaron Judge:

Coming off one of the best seasons in MLB history, there’s no doubt that Judge is in line to garner a significant deal worth upward of $300 million. The big question is regarding the total number of years a team is willing to give for the 30-year-old slugger. Having just hit .311 with a 42.5% on-base rate, 62 homers, and 131 RBIs, teams are lining up with the necessary salary space to make him the face of the franchise.

It is entirely possible that Judge’s representatives are simply trying to drive the price up for the Yankees with the full intention of returning to New York, but if another club is going to give him what he seeks and continue spending to build a Championship caliber team, he could easily walk. As long as Judge is in San Francisco, the Yankees will be concerned and keeping a watchful eye on any potential moves.