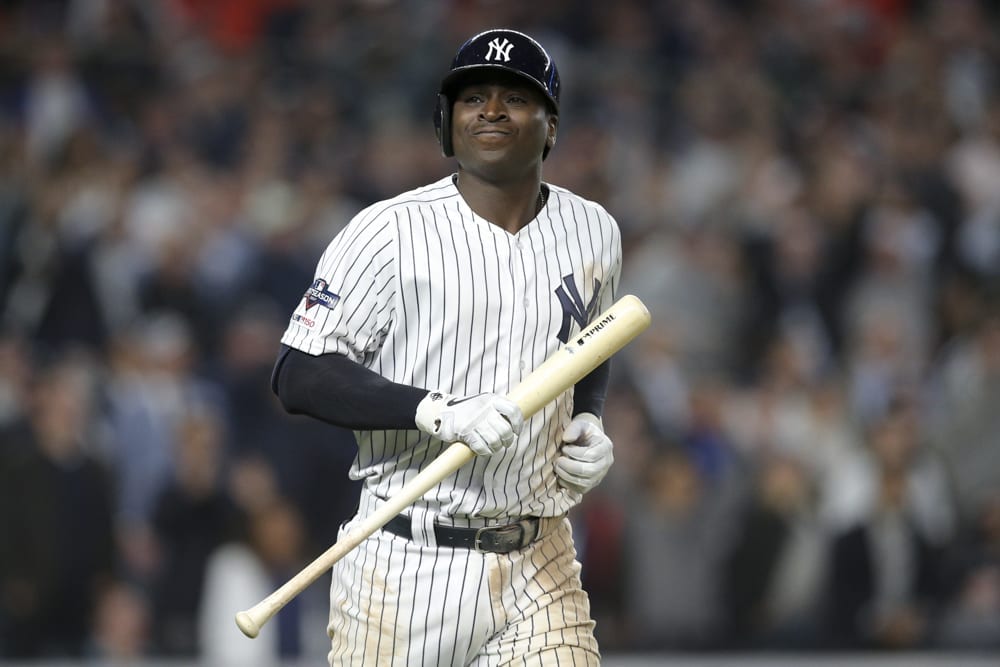 As the New York Yankees are desperately looking for a starting-caliber shortstop, speculation on potential targets is in full swing. Carlos Correa and Trevor Story should be the preferred options, as both are free agents and available just for money.

Other potential alternatives could be signing a low-cost free agent like Andrelton Simmons to fill in until Oswald Peraza or Anthony Volpe are ready to take over.

But MLB Trade Rumors recently discussed the possibility of the Yankees trying to swing a trade for a familiar face: Didi Gregorius. The left-handed hitter covered the shortstop position for the Bombers from 2015 to 2019.

Here is what MLB Trade Rumors had to say about a hypothetical interest from the Yankees: “Despite a legendary crop of superstar free agent shortstops, there are a handful of teams that have stayed out of the sweepstakes thus far and could potentially be interested in Gregorius.. … Bringing Gregorius back to the Bronx would be a fun story and also make some sense, as he could diversify a righty-heavy lineup with his lefty bat while holding down shortstop until one of the kids takes his spot.”

The Yankees should pursue other options

In reality, trading for Gregorius doesn’t make much sense. After peaking over a three-year span between 2016 and 2018, Gregorius’ performance has fallen off a cliff in recent years. During that period, he hit 20, 25, and 27 homers with wRC+ marks of 97, 109, and 122, respectively.

He is about to turn 32 and is entering the final year of a two-year, $28 million contract. He has also struggled with injuries in recent seasons. Overall, the it sounds like a bad plan for the Yankees: he was a beloved member of the organization, but it’s time to move on from the idea.