Yankees have their spark plug in the outfield set for 2023 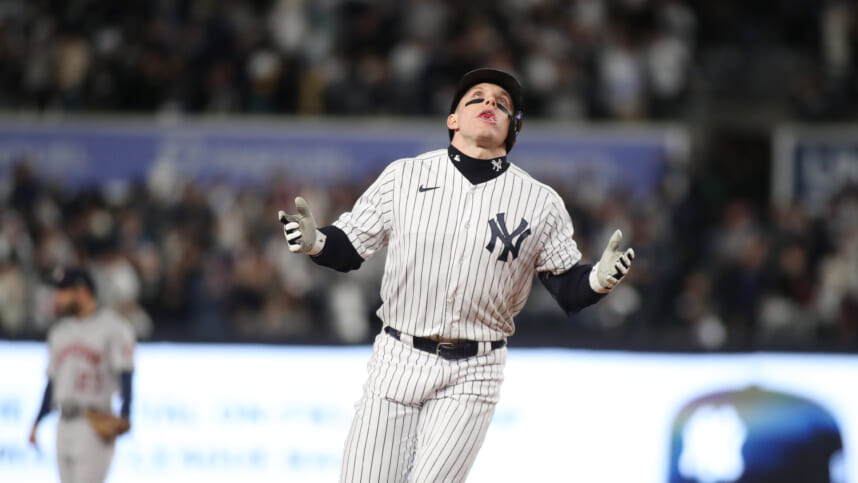 The New York Yankees may have a bit of turnover on the roster this off-season, but one trade acquisition general manager Brian Cashman landed at the deadline is set to have an extraordinary impact. When Cashman originally traded Jordan Montgomery to the St. Louis Cardinals in exchange for injured outfielder, Harrison Bader, most were perplexed by the decision.

However, Bader was always meant to be a postseason contributor, utilizing his speed and athleticism as a defensive maestro. Nonetheless, his defensive contributions were put on the back burner by his incredible slugging prowess across nine games. He enjoyed 30 at-bats, recording 10 hits, five homers, and six RBIs. He earned a .333 average with a 43% on-base rate and a .833 slugging percentage.

The Yankees saw the untapped potential of Harrison Bader:

The Yankees undoubtedly saw the best version of Harrison Bader, who was ecstatic about the prospect of joining the Yankees and making an impact. They have him under contract for one more season before he hits free agency in 2024, so the 28-year-old can still make a positive impression moving forward during the 2023 season.

This past year, Bader only played 86 games, suffering a plantar fasciitis injury that severely limited his playing time. He hit .250 with a 29.4% on-base rate, five homers, and 30 RBIs during the regular season, tallying a career-high 17 stolen bases.

However, he’s traditionally been a phenomenal postseason hitter, batting .250 with a 36.5% on-base rate with five homers and nine RBIs across 19 games.

Bader doesn’t only bring tangible qualities to the Yankees, he’s also a leader in the clubhouse and provides an energetic spark in the outfield. He has the makeup of a star player but simply hasn’t been able to tap into some of his hidden qualities. Specifically, Bader isn’t known to be a primary slugger, but he adapted quickly to the Yankees’ mantra, “hit strikes hard.”

After embracing that mentality, Bader immediately began to slug at a more proficient rate. Hitting five homers in nine playoff games is a testament to the untapped potential he has as a power hitter. The Yankees may be able to extract a ton of value in that regard, which would make him a very dangerous player moving forward.

Nonetheless, whether Aaron Judge is retained or not, the Yankees can feel comfortable in their athletic and personable centerfielder.