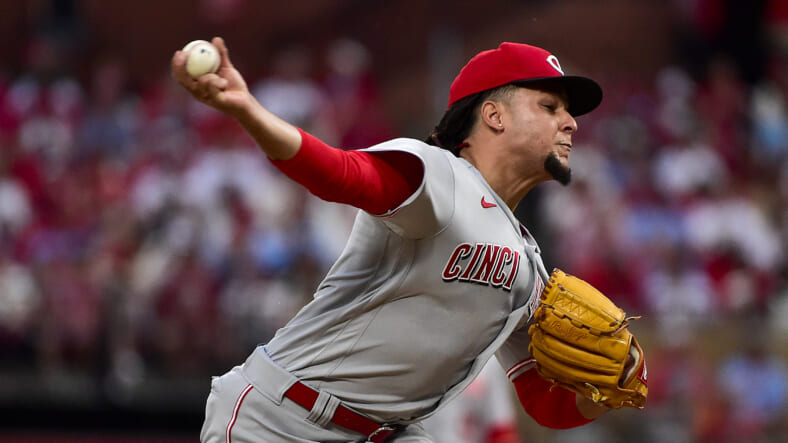 With New York Yankees starting pitcher Luis Severino being placed on the 15-day injured list, general manager Brian Cashman is a bit more hard-pressed to find a high-end supplement. Questions are beginning to arise about whether or not the Yankees rotation can hold up in the postseason, which makes Cincinnati Reds star Luis Castillo even more attractive.

The Yankees have had Castillo in their sights for several years, but given the current situation as one of the best teams in baseball with World Series aspirations, there’s never been a better opportunity to snag him. Considering he will be a free agent in 2024, they would have 1.5 years of ace-level play to work with.

Starting rotation adversity is beginning to hit, with Jameson Taillon, Nestor Cortes, and now Severino all battling fatigue issues. Castillo has pitched over 150 innings three times in his career and is on pace to do so once again this season. Given his proven durability, the Yankees could depend on him for the rest of the campaign and during the postseason.

However, reports have indicated that the Los Angeles Dodgers stand in the way of the Yankees acquiring him.

The Yankees love Luis Castillo and have been trying to acquire him off and on for a couple of years, and word is the Yankees and Dodgers are best-positioned to land the All-Star right-hander, who’s likely the best starter on the market. The Yankees have said they won’t part with either of the Reds’ prime targets — Anthony Volpe or Oswald Peraza — and maintain that won’t change.

Should the Yankees sell high now or hold on?

It is interesting that the Yankees refuse to give Oswald Paraza a chance in the big leagues while rejecting any trade offers that include him. Peraza had a fantastic June, hitting .303 with a 38% on-base rate, four homers, and nine RBIs. So far in July, Peraza is hitting .278 with a 36.6% on-base rate, two homers, and seven RBIs. His value has never been higher.

There’s a strong argument to make that the Yankee should flip Peraza now for a player who can help them with a World Series instead of prospect hugging. The Yankees desperately need support, and Cashman must realize he can flip Peraza for a high-end starter, capable of solving a big problem in the rotation.

The consensus is that Anthony Volpe is viewed as the team‘s long-term solution at shortstop but is likely two years away from making his major league debut. Peraza is ready right now, but the team has Isiah Kiner-Falefa starting at SS. It is possible they move on from IKF at the end of the season and inject Peraza into the shortstop role.

The Yankees could leverage some of their other talented prospects to acquire a starting pitcher, but an underwhelming package isn’t going to get the deal done.

The Dodgers currently feature a 58–30 record, sitting just 3.5 games back from the Yankees in all of baseball. If they’re willing to give up a valuable package of players, Castillo might push them over the edge, giving them that extra support they need to overcome the Yankees if need be.