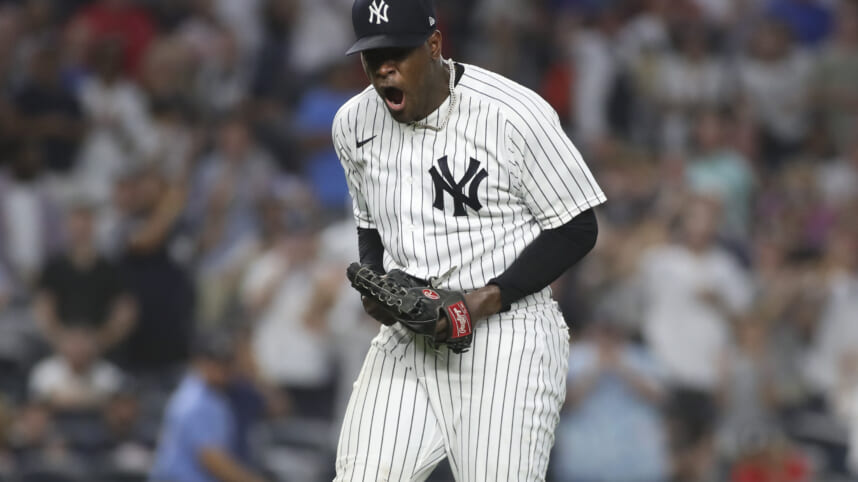 The New York Yankees are gearing up for an interesting off-season headlined by Aaron Judge, but they have a few holdover players that will make an impact in the future. One of the Yankees’ more impressive performers during the 2022 season was starting pitcher Luis Severino, coming off three seasons of injury-riddled play.

Luckily for the Bombers, their starting rotation seems to be intact heading into the future, with only Jameson Taillon preparing to hit free agency. The team will retain Gerrit Cole, Nestor Cortés, Frankie Montas, and have an easy decision with Severino. Sevy signed a four-year, $40 million deal with a club option for the 2023 season. The expectation is that the Yankees will pick up that option, keeping him around for the near future.

The Yankees have a strong rotation moving forward:

Given how well the Yankees’ pitching staff held up this season, it is a great sign that they will retain most of their prominent arms.

Of course, they will have to make a decision on Taillon, who held his own as the No. 5 pitcher in the rotation. The Yankees do have Domingo Germán in arbitration, so they could retain him and easily plug that spot without having to go out and sign any additional pitchers. However, they might want to bring in a decent arm with upside to help on the back end, especially if injuries arise.

Nonetheless, Severino had an incredibly efficient year, relying on his 4-seam fastball, change-up, and slider. His fastball generated a .186 average against with a 20.8% whiff rate and a 16.7% put-away rate. His primary strike-out pitch remains his sweeping slider at 29.3%, producing a .169 batting average against with a .303 slugging.

Having a healthy Severino for the future sets the Yankees up nicely in the rotation. He did spend a bit of time on the injured list toward the end of the regular season due to a shoulder injury, but he managed to make an impact during the playoffs. He posted a 4.91 ERA over two games in the postseason, tossing 11 innings.

At 28 years old, Severino hitting his stride is exactly what general manager Brian Cashman hoped for, plugging an essential spot in the rotation the team can rely on. He only has one year left on this deal, so it will be interesting to see if the Yankees elect to retain him beyond next season.