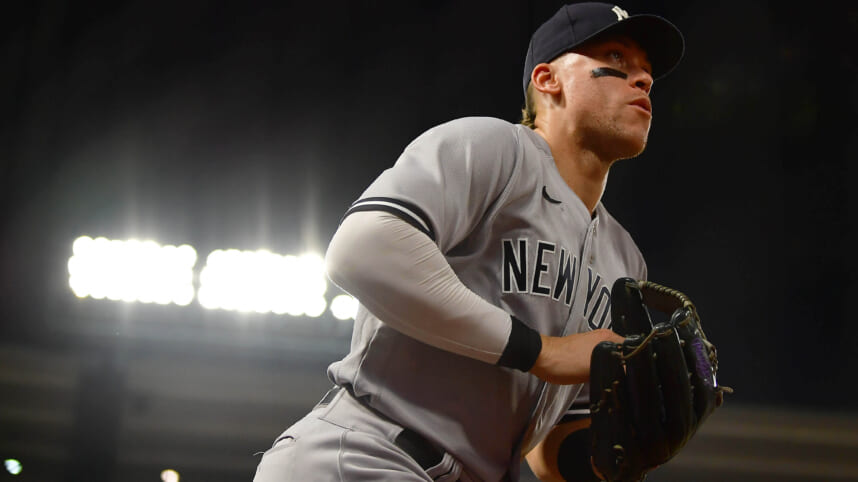 There is a very real possibility the New York Yankees end up losing out on the Aaron Judge sweepstakes. Ultimately, Judge has a myriad of different clubs he can choose from that are willing to spend the money.

Notably, reports have indicated that the San Francisco Giants, Los Angeles Dodgers, Texas Rangers, and even the New York Mets could enter a bidding war for his services. Considering the value Judge contains, elite defensive play and historic offensive production, any team he lands on is immediately a playoff contender.

However, the MLB is a business, and loyalty can sometimes be a rarity. The Yankees have tried to retain some of their bigger names over the past few years, but Judge is undoubtedly looking for the biggest payday. The Yankees are gearing up to offer him a sizable contract, but it is yet to be seen how far they’re willing to push the needle if a bidding war does ensue.

New Yankee outfielder Harrison Bader knows all about the MLB being a business, having just been traded to the Yankees from the St. Louis Cardinals just moments before the trade deadline closed in early August. However, while Bader would love for Judge to remain in pinstripes, he understands the nature of star players leaving, pointing to Albert Pujols as a prime example.

“Listen, if Albert Pujols … can [leave], anybody could [leave],’’ Bader said Tuesday, per Dan Martin of The Post.

“It’s a business,’’ said Bader. “I learned that very quickly this year. There are no hard feelings at all. It’s never personal. It’s about the game. Selfishly, I’d love to continue to be [Judge’s] teammate. He’s an incredible talent.”

The Yankees won’t go down fighting, but there’s a reasonable argument that Judge may want to head back home out to the West Coast, where his family currently lives.

Nonetheless, he is currently the face of the Yankee organization, and they’ve already carved out a section in Yankee Stadium in his honor. He is a behemoth cash cow, and losing him may turn the fans against ownership and management once and for all.