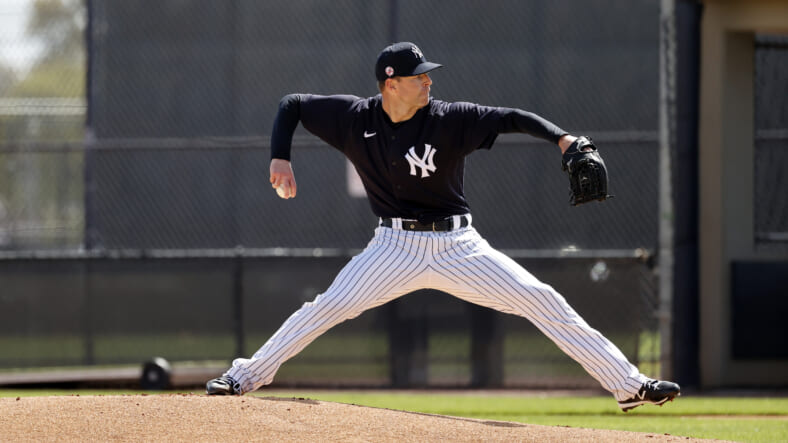 The New York Yankees faced off against the Pittsburgh Pirates on Saturday afternoon, and yet another positive result was extracted, bringing the Bombers to an 8-4 record the spring.

Normally, pitching is the Yankees kryptonite to go with injuries. However, the Yankees have remained relatively healthy this spring, despite losing Zack Britton for a minimum of six weeks and Clarke Schmidt for a few weeks. Nonetheless, the starters have looked spectacular, with Corey Kluber earning his second start of spring training against the Pirates.

The Yankees have been getting their bullpen plenty of action in recent days, with April 1 just around the bend. It surely doesnâ€™t seem like the Yankees have any offensive problems, with DJ LeMahieu hitting .400, including two hits and three RBIs on Saturday in the win.

It is extremely exciting to see Kluber healthy and preparing for the regular season. He earned a 4.0 inning sample size against Pittsburgh, allowing four hits and two earned runs, including a homer, which brings his ERA to 3.00.

In his first outing, he was perfect over two innings, striking out three batters. I wouldnâ€™t categorize this as a bad performance, but one that showed a bit of inconsistency. This was expected with Kluber early on, as he regains his form after missing virtually two entire seasons. Nonetheless, his pitches did have some good movement, and he caught a few batters looking. If anything, this performance was a positive step forward, as Kluber stated after the game that he feels good physically.

â€œI’m happy with the way I felt physically, happy with where the stuff was at,â€ Kluber said. â€œMaybe some pitches I could have located better and been a little sharper. The home run was a first pitch that I left too much over the plate. I hit a couple of guys. I was trying to get it in there, obviously I wasn’t trying to hit him. So we’re just fine-tuning that sort of stuff.â€

Offensively, DJ LeMahieu launched a three-run homer in the second inning, and a pair of homers late in the contest gave the Yankees a two-run advantage. Once again, a heavy reliance on the long ball seems to be the catalyst for the Yankee offense, and that shouldnâ€™t change as we head into the regular season.

The only negative was Chad Green, who allowed two earned runs in just 1.0 innings of work. The bullpen has been a bit spotty as of late, but they are ironing out their rust.