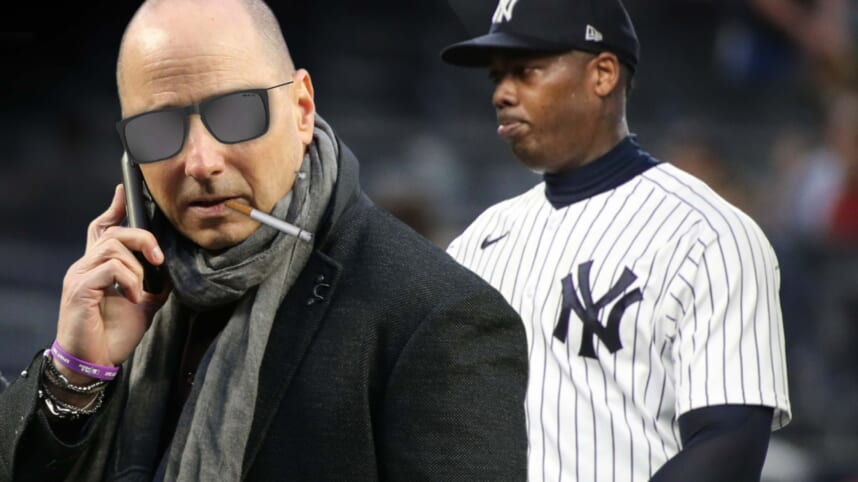 New York Yankees veteran closer Aroldis Chapman abandoned his team over the weekend when he was due to throw a bullpen session before the ALDS on Tuesday. Chapman was a fringe roster player for the playoffs, but given his uncertain status, he took the decision into his own hands, taking the easy way out and heading home to Miami instead of fighting for an opportunity to play.

Chapman has dealt with a series of injuries this season, including Achilles tendinitis and a leg infection stemming from a recent tattoo. Manager Aaron Boone tried to be more civil with the situation, indicating that Chapman likely questioned whether or not he would be on the roster for the postseason.

“I think he questioned whether he was going to be on the roster or not,” Boone said.

However, general manager Brian Cashman was a bit more straightforward regarding his opinion on Chapman’s actions and whether he can be trusted moving forward.

“It’s unfortunate that he wasn’t here Friday,” Cashman said Sunday. “Clearly disappointing, but at the same time not surprised by how things are starting to play out over the course of the season. So it was surprising at first, like a little shocking, but then after the shock wore off, when you add everything up, it’s not surprising. There’s some questions about whether he’s been all-in or not for a little while, and he’s maintained verbally that he’s in, but at times actions don’t match those words.”

In fact, Cashman took a small shot at Aroldis regarding the tattoo he had midseason, forcing him to miss multiple games.

At this point, the Yankees simply can’t rely on him as a trusted relief pitcher. He would only serve a purpose in low-leverage situations, but the postseason is primarily composed of high-leverage scenarios, so the team would likely prefer to go with Wandy Peralta or any of their alternatives.

Chapman made what seemed to be a difficult decision easy for the Bombers, forcing his way off the postseason roster instead of fighting for an opportunity.