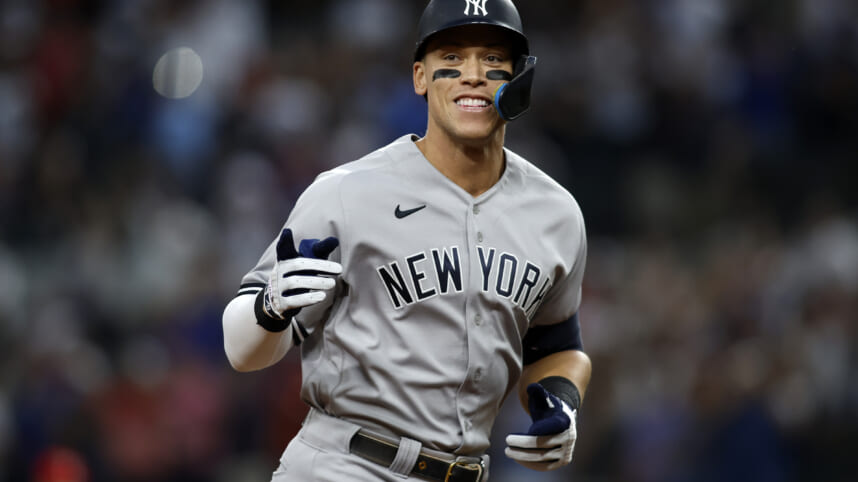 The New York Yankees might still be slim favorites to retain superstar slugger Aaron Judge, but there’s no doubt they will have to pay a premium for his services. Considering he’s the face of the franchise and has already carved out a section in Yankee Stadium in his honor, general manager Brian Cashman is between a rock and a hard place regarding negotiations.

Cashman has lost all leverage after offering him a seven-year deal worth $31.5 million per season before the season started.

Seemingly, Judge is in line to break $35 million with ease on a yearly basis, but only a few teams have the financial freedom to unleash a contract of that magnitude. Of course, the New York Mets remain a threat, the San Francisco Giants have reportedly been waiting in the weeds and a few other teams with the necessary salary space or carefree approach toward the luxury tax threshold.

“There’s a pot of gold there,” Cashman said. “It’s yet to be determined what the gold— how much it weighs—but it’s a pot of gold, no doubt about it. So good for him. It was already a big pot and, obviously, it’ll be bigger.”

The Yankees will need to pay top dollar for Aaron Judge:

By those numbers, if the Yankees don’t end up offering him a sizable contract, another team absolutely will. It is just a matter of how far Cashman is going to push the needle and if Judge really wants to return to the Yankees or if he would prefer to go to the West Coast.

“He’s put himself in an amazing position to have a lot of choices,” Cashman said. “And clearly, obviously, we’d like to win the day on that discussion, and that’s obviously for another day. But we said that before the season. We said it many times during the season. If you need to hear it again, I’ll say it again. Yeah, of course we’d love to have Aaron Judge back as a New York Yankee, but that’s all for another day.”

The Yankees currently have $265 million in payroll this season, but that number will plummet to $151 million before arbitration hearings. They could even take it a step further and unload the contracts of Aaron Hicks and Josh Donaldson, which would easily pay for Judge’s extension.

Even if the Bombers have to unload a decent prospect for another team to take on those big deals, it might be worth it at the end of the day if they get to keep Judge in pinstripes. Alternatively, Donaldson‘s $25 million per season will expire after the 2023 campaign, so the Yankees might just have to bite the bullet and overpay for one season before getting below the $270 million luxury tax threshold.