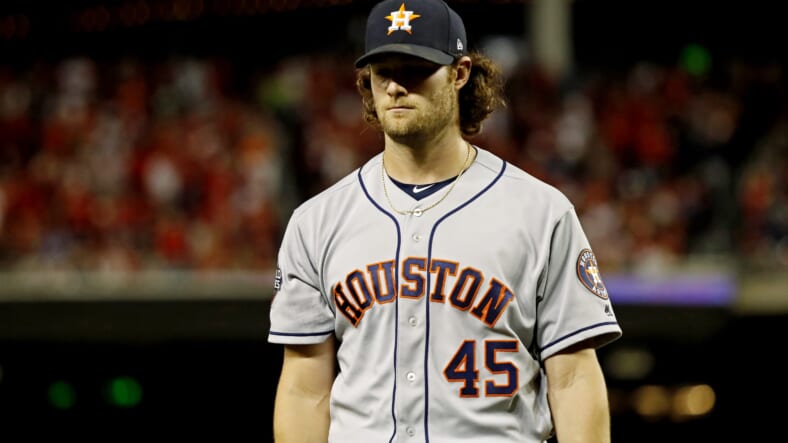 The New York Yankees were immediately linked to star pitcher Gerrit Cole after their elimination from the postseason in the ALCS. Bolstering the starting pitching rotation seemed to be a priority going into the offense. Still, comments made by owner Hal Steinbrenner and general manager Brian Cashman indicated that reinforcing the rotation wasn’t a priority.

However, Jon Heyman reported that the Yankees and Cashman would be pursuing Cole in free agency, despite the concern that he prefers California, his native state.

Yankees interest in Gerrit Cole was confirmed here at the GM meetings by Brian Cashman. The Yankees have concerns Cole prefers his native California but that won’t discourage them from trying for him for a 3rd time (2008 draft, trade market 2 years ago)

Recently, retired pitcher for the Bombers, CC Sabathia, stated that he had been speaking with Cole about the potential of bringing him to the Bronx.

As per a previous report:

Sabathia said on his â€œR2C2 is UNINTERRUPTEDâ€ podcast that he had spoken with cole â€œat lengthâ€ in regards to signing with the Bombers and what it would take for them to gain his arm in the rotation.

Bringing Cole to New York would immediately make the Yankees one of the most feared team’s in baseball, especially with a potential Cy Young-winning pitcher this season joining the ranks.

How much would Gerrit Cole cost the Yankees?

Cole is expected to land a massive pay-day, though, which could surpass $30 million easily. His side hopes to breach the $200 million mark over multiple years, which would make him the highest-paid pitcher in history.

Gerrit’s 2.50 ERA and 326 strikeouts, both career-highs, make him extremely attractive, but the Yankees would have to forfeit the idea of bringing in top-tier talent at other positions. Cashman doesn’t necessarily need to allocate much salary cap towards other spots, as both the outfield and infield are filled with quality players.

With Giancarlo Stanton, Aaron Judge, and Aaron Hicks in the outfield, there is more than enough talent to hold them down. Injuries are the biggest concern, which makes the retention of players like Mike Tauchman necessary.