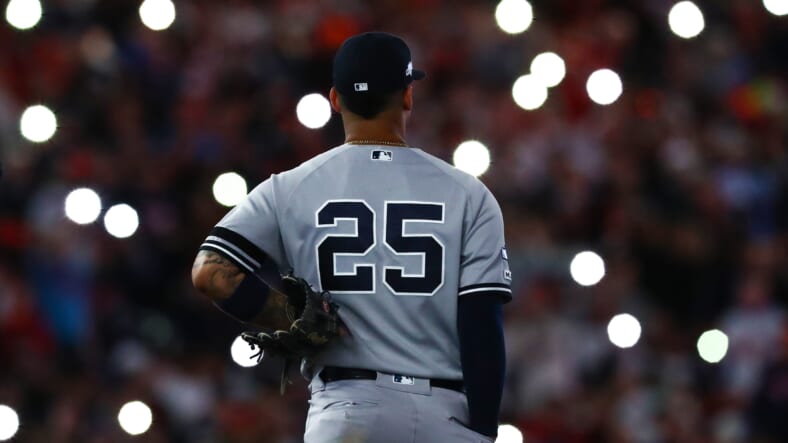 With six losses in their last seven games, the New York Yankeesâ€™ season isnâ€™t going as planned. They dropped Wednesdayâ€™s tilt against the Atlanta Braves 4-1 and once again couldnâ€™t produce on the offensive end.

One of the most frustrating situations came in the seventh inning, as Yankeesâ€™ shortstop Gleyber Torres, who has been struggling mightly since the beginning of the season, produced a soft grounder on a check swing, and proceeded to slowly jog to first base. His manager, according to Bryan Hoch of MLB.com, will not accept such a low level of effort.

Aaron Boone, the Yankeesâ€™ skipper, said he planned to talk to Torres before Thursdayâ€™s game. The shortstop, however, is aware of the optics of that specific play.

â€œThe situation we are in right now, that is a moment that I want to hit to help my team,â€ Torres said. â€œTo check my swing and hit the ball right to the pitcher, that is not the way I want to finish my at-bat. I know what I did. I can put a little more effort on that.â€

The Yankees canâ€™t find answers at the plate

The Yankeesâ€™ offense has been one of the leagueâ€™s worst, and it was handcuffed once again on Wednesday, this time by Bravesâ€™ starter Ian Anderson.

â€œWe had a couple of opportunities, but not really enough to break through,â€ manager Aaron Boone said. â€œAs a group, weâ€™ve just got to continue to lean on each other and trust each other.â€

Speaking about the specific Torresâ€™ play, Boone believes the Yankeesâ€™ infielder could have initially thought it was a foul ball, but also thinks that he could have hustled.

â€œThatâ€™s got to be a little bit better, obviously,â€ he said.

Torres is on a 1-for-16 bad streak at the plate and has only two extra-base hits for the season, with a .186 batting average.

â€œI feel like Iâ€™m missing my pitch,â€ Torres said. â€œI want to help my team. … I feel confident right now. Iâ€™m working hard before the game, trying to control what I can.â€