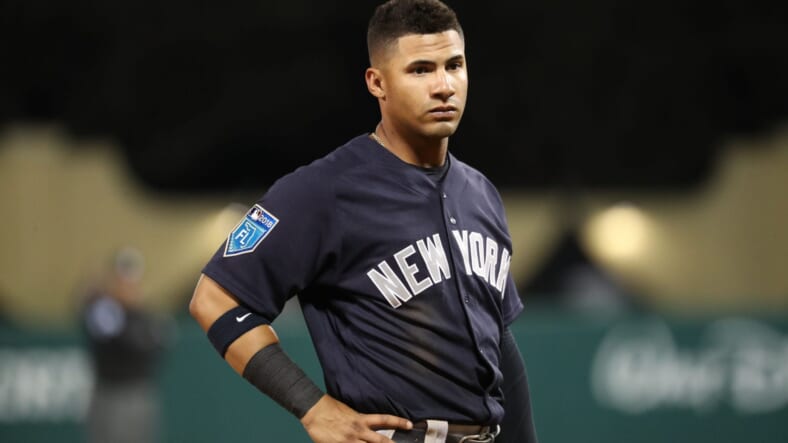 Gleyber Torres was always supposed to develop into the starting shortstop for the New York Yankees, but his performance this preseason hasnâ€™t given us any indication he can be the long-term solution there.

Torres featured at shortstop during the 2019 season until Didi Gregorius returned after having Tommy John surgery. The young Venezuelan struggled at the position, recording a .961 fielding percentage and 11 errors over 77 games. However, he wasnâ€™t much better at second base either, recording a .967 fielding percentage with nine errors over 65 games. His struggles seem to be mostly defensive, as his offensive production has been stellar since his inception into the league in 2018. Last season, he hit .278 with 38 homers and 90 RBIs over 546 at-bats.

The Yankees have slotted in Torres at the position this spring training, after letting Gregorius walk in free agency. The 23-year-old committed his fifth error in 10 games after throwing high to first in the Yankeesâ€™ 4-2 loss to the Toronto Blue Jays on Tuesday. Scouts noted that Torres needed to improve his footwork, which was hurting his efficiency fielding and throwing to first last year.

The New York Yankees need the infield to be lock-down for 2020:

The Yankees desperately need Torres to come into himself at the position, as they donâ€™t have any quality backups to fill the spot if his defensive struggles continue. Gleyber was always projected as a shortstop, but slide it into second base while DD played out the remainder of his contract in New York.

So far, manager Aaron Boone does not seem too concerned about his struggles in the infield:

â€œHe didnâ€™t make a good throw [Tuesday],â€™â€™ Boone said. â€œI am not worried about it, his work has been good and I think that will be something that cleans itself up as he gets more regular reps.â€™â€™

According to the NY Post, bench coach Carlos Mendoza is optimistic about Torres’ future at SS:

â€œGoing back to shortstop â€” his natural position â€” heâ€™s happy with it,â€™â€™ said Mendoza, who acted as manager for the Yankees in this split-squad affair. â€œHe worked hard in the offseason and he is physically in really good shape. Heâ€™s working on being consistent. He made some errors early in camp, but weâ€™re playing spring training games. He is really focusing on making those routine plays, donâ€™t be careless. Heâ€™s a special player, and I think we are all going to enjoy watching him play shortstop.â€™â€™

Can we be confident with Gleyber at shortstop? He hasn’t given us a reason to be overly concerned, but his issues have been consistent. Hopefully, more reps will solve his woes as the season progresses.