Yankeesâ€™ Gleyber Torres has much-awaited breakout game: â€˜Finally, I could do something for my teamâ€™ 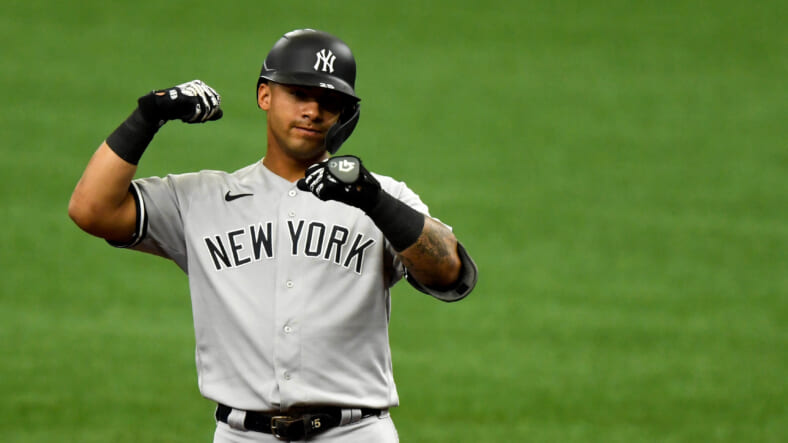 The New York Yankees had lost six of their last seven contests ahead of Thursdayâ€™s game against Cleveland. However, with a gutty performance from starter Domingo German and a breakthrough game from struggling shortstop Gleyber Torres, they were able to defeat their foe 6-3.

German was battered early, but held on to allow three runs (two earned) in six innings in his first outing after he was recalled from the alternate training site. But Torres was the story of the game.

In his first at-bat, the Yankeesâ€™ star infielder chased a high pitch from starter Aaron Civale to strike out, and everything seemed to be off with him, just like it has happened all season. However, he started to heat up as the night went on and finished with a three-hit performance.

â€œI’m really happy,â€ Torres told the press after the game. â€œIt’s difficult to be patient when you don’t do anything for your team. That is the hard part of this game; be patient, believe in yourself and try to do the things you can control. Finally, I could do something tonight for my team.â€

The Yankees need Torres to step up

After failing to run a grounder on Wednesday, Torres earned a private chat with Yankeesâ€™ manager Aaron Boone. Whatever thing they talked about seemed to work on Thursday night.

â€œIâ€™m proud of the guys,â€ Boone said. â€œThat first inning, with what weâ€™ve been going through, they didnâ€™t let it snowball. We really did a lot of good things the rest of the way. What started out very rough turned into a really good night.â€

Torres was also in the center of the action as the Yankees went ahead in the seventh inning, stroking a single with outs that preceded a walk to load the bases earned by Aaron Hicks. Rougned Odor then hit a run-scoring single and the Bombers were ahead for good.