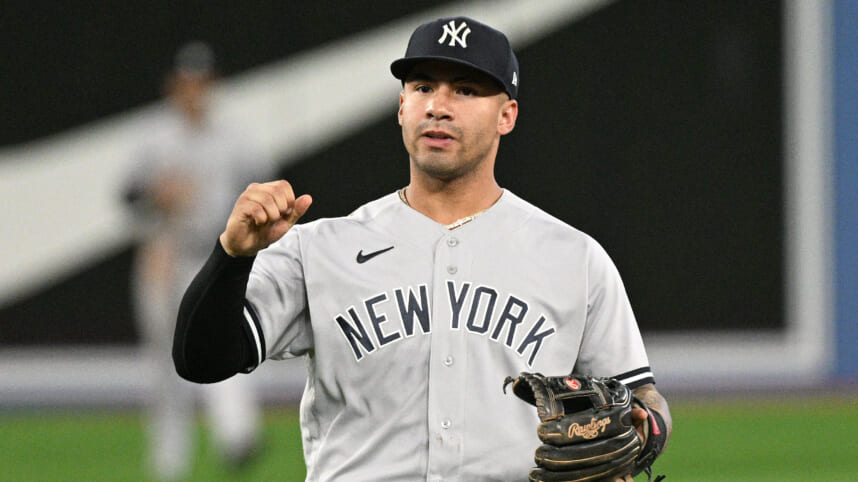 In Game 4 of the ALDS, Cleveland Guardians slugger Josh Naylor hit a solo homer off Yankees ace Gerrit Cole, celebrating with an aggressive cradling motion indicating that Cole was his son.

Cole brushed off the moment, refusing to look at Naylor despite him yelling in his direction and making quite aggressive motions.

However, the Yankees got the last laugh at the end of the day, emerging victorious 5–1 in Game 5 of the ALDS with Nestor Cortes on the mound. Naylor undoubtedly sparked a bit of hostility from Yankee fans, as they mocked him throughout the game. Naylor ended up being a good sport about it, but Yankees’ second baseman Gleyber Torres returned the favor in a more aggressive manner.

“We felt like it was a little bit disrespectful for the team. Not just for Cole … We won tonight and that’s revenge. Now they can watch the game on TV tomorrow.”

The Yankees needed the extra fuel:

The Yankees obviously embodied that anger and put it on the field to push forward to the ALCS against the Houston Astros. Torres finished the series with three hits and two walks across 19 at-bats, hitting .158 with a 23.8% on-base rate. He wasn’t exactly dominant in the series himself but made a few key defensive plays to help his team.

Nonetheless, the Bombers will need all hands on deck against a Houston team that has had their number the past few years in the postseason.

Houston will have their team well rested after sweeping the Seattle Mariners, so the Yankees will have to feature Jamison Taillon on the mound Wednesday night after just completing their ALDS victory. Hopefully, the beers weren’t flowing too much, hindering their motor skills.