Yankees get some crushing injury news on Luke Voit 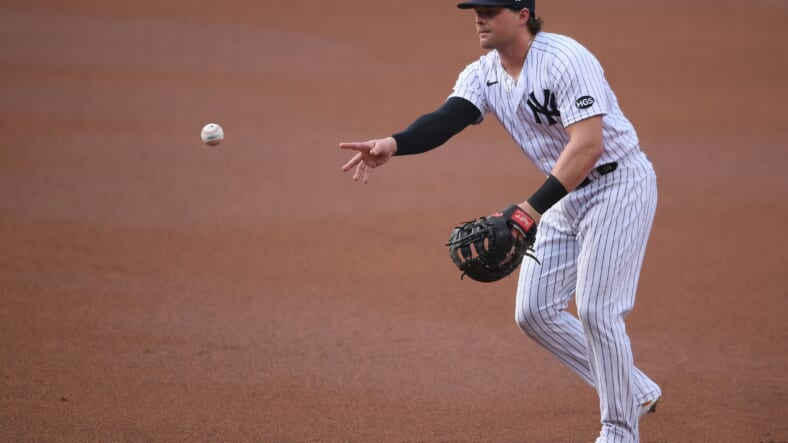 The New York Yankees just canâ€™t catch a break with injuries. Just when they thought they had their first baseman back for good, Luke Voit suffered another injury that will keep him sidelined for a significant amount of time.

The Yankeesâ€™ slugger is headed to the injured list with a Grade 2 right oblique strain, several outlets reported on Wednesday afternoon.

The initial estimates have Voit missing about a month with the ailment, but thatâ€™s not a given, as the injury is extremely unpredictable. Erik Boland explained that right fielder Aaron Judge missed 54 games in 2019 after suffering a similar injury.

Voit had already missed most of the season with a partially torn meniscus that required surgery, and just when he needed at-bats to gain some timing and rhythm at the plate, the unfortunate injury occurs.

What will the Yankees do at first base now?

Now, after this news, the Yankees will either have to rely on first baseman Mike Ford to cover the position while he is out, or go to the trade market in search of help. Sliding DJ LeMahieu to the first sack is also an option.

Voit is one of the Yankeesâ€™ most valuable performers. It was evident during his absence to start the campaign that no first baseman on the roster can supply the power and patience he is capable of providing.

Last year, Voit led Major League Baseball with 22 home runs during the shortened season, and the Yankeesâ€™ lineup has been missing that power element.

The Yankees will have to endure yet another crucial injury after the Corey Kluber one that took place on yesterday and several others they have had to deal with in the season.