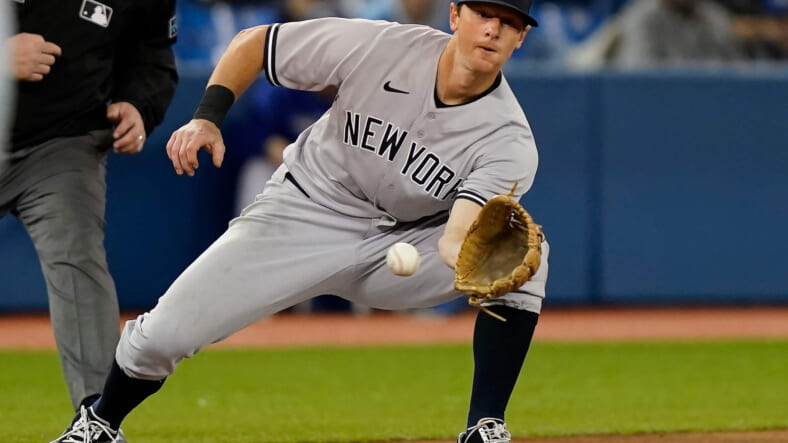 The New York Yankees have two more series left in the 2022 regular season before the playoffs commence in early October. They will face off against the Baltimore Orioles on Friday night to start a three-game series with Domingo German on the mound, but they also got a bit of good news prior to the home stretch.

Star utilityman DJ LeMahieu is expected to be activated off the injured list before Friday’s game against Baltimore. LeMahieu has been dealing with an injured right big toe, having not played since September 4.

DJ LeMahieu has had an up and down season for the Yankees:

By most accounts, LeMahieu hasn’t had his normal level of success this season but is still having an adequate campaign, especially as a lead-off hitter. His services in front of Aaron Judge are valued, considering the star slugger’s ability to hit home runs and drive runners in.

LeMahieu has a 36% on-base rate when batting first with a .256 average, including 56 walks. That level of efficiency helps tremendously, especially during the postseason when player performance is elevated.

However, DJ will still be hampered by the toe injury the rest of the way. He indicated several weeks ago that defensively it doesn’t bother him that much, but in the batter’s box, it can be problematic.

In the month of August, DJ hit .211 with a 27.6% on-base rate, recording just one hit over his last five games to end August. Starting September, he recorded zero hits and just one walk over 12 at-bats before being shut down.

If the Yankees can get back the best version of LeMahieu, they will be in great shape heading into the postseason, especially since they have won nine of their last 10 games.

Having already locked up the top seed in the AL East, the Yankees can rest the players that need it and utilize reserves to mitigate fatigue down the stretch.