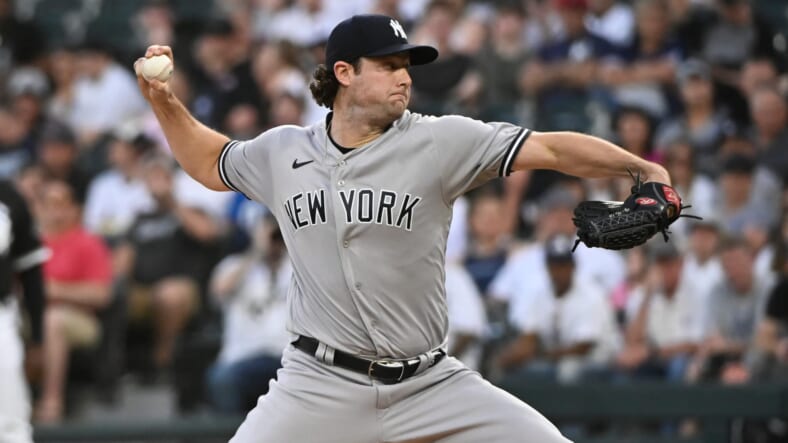 New York Yankees ace Gerrit Cole is coming off a 110-pitch performance on Sunday night, helping his team tie the series up at two apiece. Cole had a polarizing 2022 regular season but has been lights out during the playoffs up to this point, limiting the Cleveland Guardians to just six hits and two earned runs over 7.0 innings. He struck out eight batters, and while he gave up another home run, making it 10 consecutive games, he was stout.

Cole is coming off four days of rest prior to Sunday’s performance, but he indicated that he would be available to pitch if need be in an emergency scenario. Manager Aaron Boone was hesitant to take him up on the offer, but if the Yankees don’t feel confident using Clay Holmes and Wandy Peralta gave their recent usage, who is to say he doesn’t trot out Cole in a big moment?

Managers are usually cautious after a pitcher tosses over 100 pitches the day before, but Cole seems to be a different beast in the postseason, looking to make an impact in any way possible.

Considering the 32-year-old pitched over 200 innings this season, it is fair to say his arm is used to the significant workload.

However, in his last two starts, Cole has tossed a combined 211 pitches, so the Bombers will be looking for any excuse to avoid the scenario where they require his services. A solid offensive performance, providing the Yankees with a significant run margin, would help.