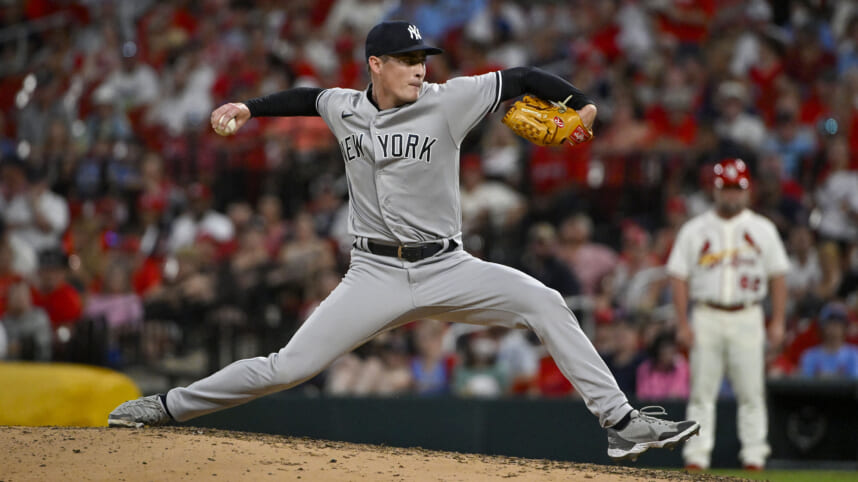 Near the end of the regular season, the New York Yankees had a significant bullpen loss: Ron Marinaccio stated he had been bothered by his right shin for a long time, and tests showed a stress reaction that forced him to go to the injured list.

At the time, the health status of Clay Holmes and Wandy Peralta was uncertain, and the Yankees were already down Chad Green, Stephen Ridings, Michael King, and Zack Britton, among others. While Holmes and Peralta returned for the Guardians series and looked healthy, Marinaccio was needed in several big spots.

He wasn’t a part of the Division Series roster because of that untimely shin injury, but now, he declared himself ready to go in the AL Championship Series against Houston, a best-of-seven affair that will take the Yankees all of their resources to overcome.

The Yankees get a much-needed bullpen reinforcement:

“I’ll be good to go if they call me,” Marinaccio told Yankees insider Pete Caldera. The pitcher had been rehabbing in Tampa together with injured outfielder Andrew Benintendi, and while the latter looks unlikely to be ready for the ALCS, Marinaccio could represent a huge boost for the bullpen and looks healthy and set to make his long-awaited return.

Marinaccio, a rookie right-hander, has been a big part of the Yankees’ relief corps in 2022 with a 2.05 ERA, a 1.05 WHIP, and a 56/24 K/BB ratio over 44 innings in 40 appearances. His presence gives the Yankees another legitimate weapon for a bullpen in which trustworthy names are not particularly abundant.

With Clarke Schmidt and Domingo German as long relievers and Lou Trivino, Marinaccio, Holmes, Peralta, and Jonathan Loaisiga as the main late-inning guys, the Yankees bullpen looks better. It was needed because the challenge ahead of them is monumental.