Yankees gearing up to get back 2 impact bullpen arms 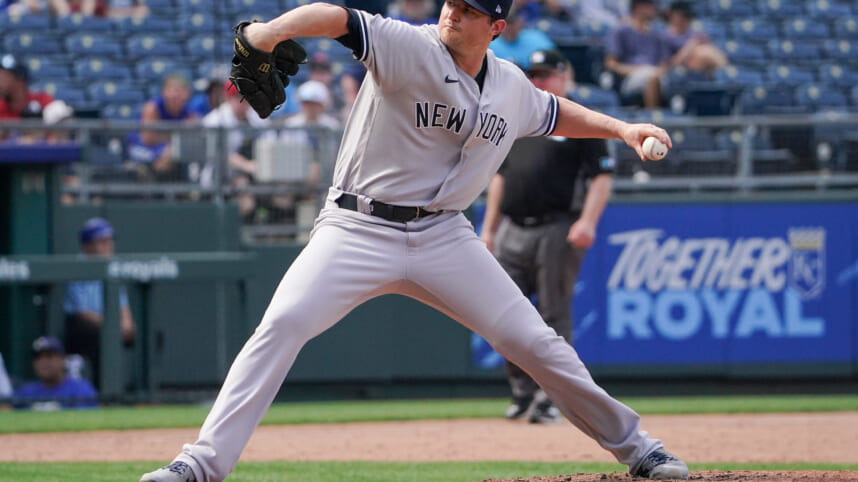 The New York Yankees are getting healthier by the day, which is perfect timing for a team that has battled adversity over the past few weeks. Offensively, the Bombers are fighting back resiliently, scoring 20 runs combined in their last two games after embarking on a lengthy cold streak in the month of August and early September.

They are still dealing with a significant number of injuries, notably in the bullpen and infield. DJ LeMahieu and Anthony Rizzo are still fighting their way back, but reinforcements are on the way — the Yankees have won six of their last eight games regardless!

Two bullpens are the New York Yankees are getting back:

However, his stuff began to degrade in May, posting a 9.53 ERA, giving up six earned runs and 5.2 innings. In July, he allowed a 6.75 ERA, including seven runs over 9.1 innings. Achilles tendinitis ended up being the diagnosis for his struggles, which placed him on the injured list for a few weeks.

In August, Chapman performed a bit better, going six consecutive games without giving up a run until August 17 against the Tampa Bay Rays. He gave up two earned runs in less than an inning and another run against the Toronto Blue Jays on the 19th. He was then diagnosed with a leg infection stemming from a tattoo he received recently, an unusual reason to hit the injured list.

Given the success he experienced in early August, the Yankees know he can still contribute down the stretch. Chapman is currently rehabbing with Somerset in AA. Chapman allowed a walk but struck out the side in his first rehab assignment back, showcasing he’s still got the goods.

The road to recovery has been a long one for Zack Britton, who pitched just 18.1 innings last year, earning a 5.89 ERA. He underwent surgery to repair a UCL injury but is finally looking like himself again during rehab assignments with Somerset.

Britton pitched a perfect fifth inning on Monday, striking out two batters. The hope is that the lefty closer can help down the stretch, mitigating fatigue for the postseason.

It is undetermined if the Yankees will rely on him as an integral piece in the playoffs, but at the very least, he can help smooth over the recovery of Scott Effross and offer him more time until he’s ready to make a return. Britton has had plenty of success in the past, posting a 1.91 ERA back in 2019 over 61.1 innings.

Reportedly, his sinker seems to be moving well, and his velocity is solid, so he could fill a nice role on the back-end of the bullpen over the next few weeks.