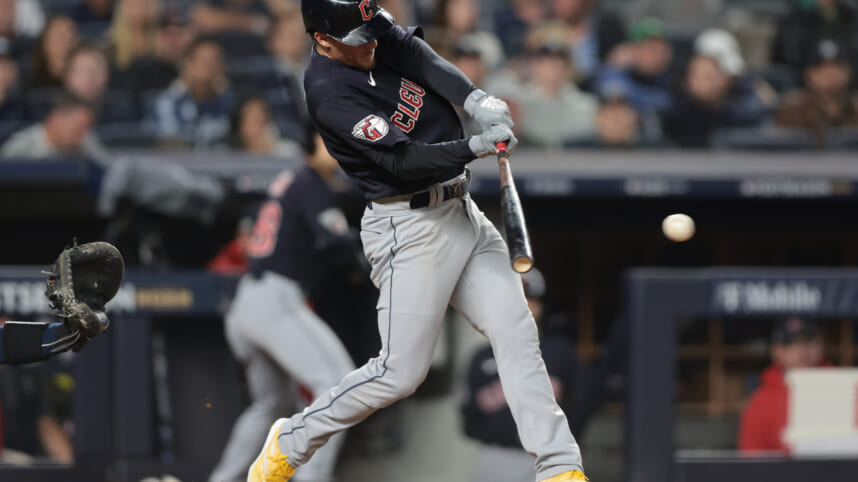 The New York Yankees overcame the Cleveland Guardians 4–1 on Tuesday evening, courtesy of a solid performance from starting pitcher Gerrit Cole and plenty of production on both sides of the ball from Anthony Rizzo.

However, there was one storyline tucked behind the score sheet that showcased the hostility of Yankee Stadium in the postseason. Cleveland outfielder Myles Straw was harassed throughout the contest, being called names and rained down upon with personal insults.

The Yankees certainly get a lot of energy from their fans:

Back in April, Straw climbed the left-field wall to address fans that were making fun of Steven Kwan, Cleveland’s rookie left fielder.

Straw went on to call Yankee fans the “worst fan base on the planet,” which likely had something to do with the negative attention he drew on Tuesday night.

“There were a few. I’m not going to say what they said, there’s no point,” Straw said after going 1-for-4 with a strikeout. “They were personal. It’s all good though.”

It is safe to say that the Yankees likely won’t be pursuing Straw anytime soon as a potential asset in the outfield, but it certainly shows the intensity of playing at Yankee Stadium in high-leverage moments.

Straw finished the game with one hit over four at-bats, coming off a campaign where he hit .221 with a 29.1% on-base rate. Considering Straw isn’t a very good player, to begin with, he sure has a lot to say about opposing fans. At one point in the game, the entire stadium rained down ”a**hole” chants toward the 27-year-old outfielder.

Luckily for the Yankees, they managed to walk away victorious, quieting the doubters for one more day.