Yankees expected to hit 1B Anthony Rizzo with qualifying offer 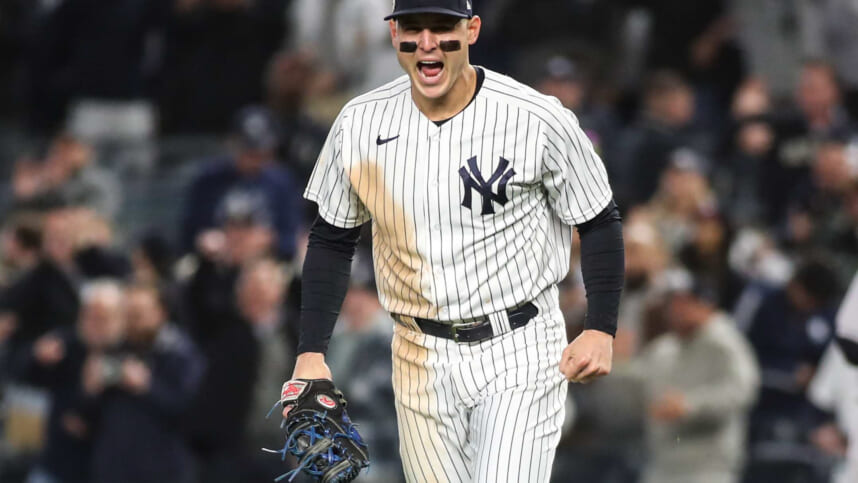 The New York Yankees have a long road ahead of them this off-season, but at the very least, they know star first baseman Anthony Rizzo will remain a Yankee unless another team is going to pay him more than the qualifying offer.

According to Jon Heyman of the New York Post, the Yankees will hit Rizzo with a $19.65 million qualifying offer, in which another team would have to pay more while also delivering draft compensation to supplement his loss from the Yankees roster.

The Yankees were always going to bring Anthony Rizzo back:

Even more impressive, he was one of the few Yankee players who actually showed up in the playoffs, hitting .276 with a 43% on-base rate, two homers, and eight RBIs across nine games.

The expectation was always that general manager Brian Cashman would retain the veteran infielder after signing a two-year, $32 million deal before the 2022 season began. Rizzo opted out of the second year, forcing the Yankees to pay him an additional $3.65 million with the qualifying offer. It is unlikely another team is willing to part ways with more cash for a 33-year-old first baseman that has a chronic lower back issue. Nonetheless, he’s played in 130 games or more in every season since 2012, excluding the abbreviated Covid campaign.

The back injury seems to be irrelevant if he mitigates his workload and takes proper care. The Yankees aren’t too concerned since he has a few years left of prime baseball before age catches up.

With Rizzo’s deal out of the way, Cashman can now turn his full attention toward the retention of Aaron Judge, who is still a probable signing unless the Yankees find themselves in the middle of a big bidding war.